Despite restrictions on crowds gathering, thousands of fans packed the stands to watch a race in North Carolina.

ALTAMAHAW, N.C. - Thousands of racing fans packed the stands of a North Carolina speedway on Saturday, despite state restrictions on outside gatherings.

Fox 8 reports Ace Speedway reopened this weekend to a packed house. The season was supposed to begin last month but had been delayed because of the COVID-19 pandemic.

Alamance County Sheriff Terry Johnson told the station he felt Governor Roy Cooper's executive order was "unconstitutional" and said he would not interfere with the race. 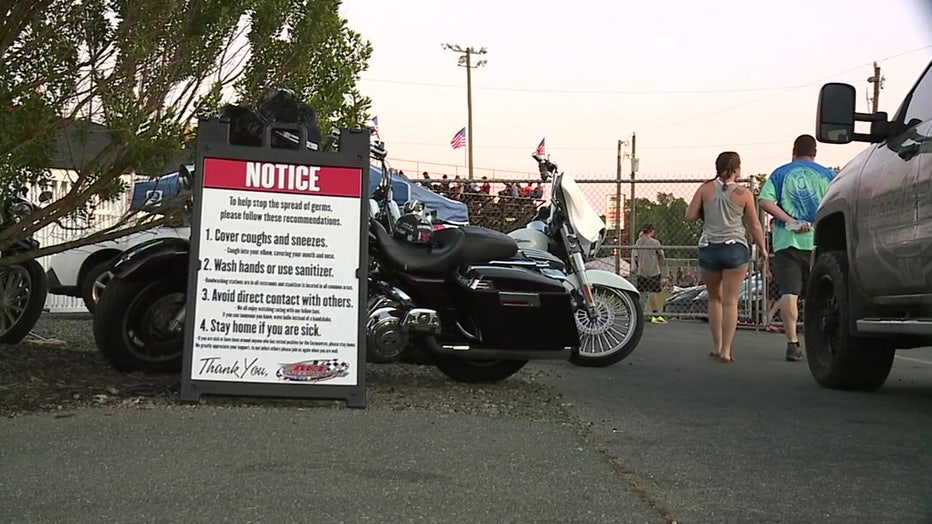 Fans at the event even traveled from out of state to watch the race alongside local families.

“We’re tired of being stuck in the house," spectator Becky Woosley told Fox 8. "I’m not afraid of this virus one bit."

“I’m wearing my mask. I would have liked to see people wearing their mask,” said Brad Flynt, who drove from out of town to watch the races.

When Fox 8 asked Ace Speedway for the attendance record on Saturday, racing officials would not comment.