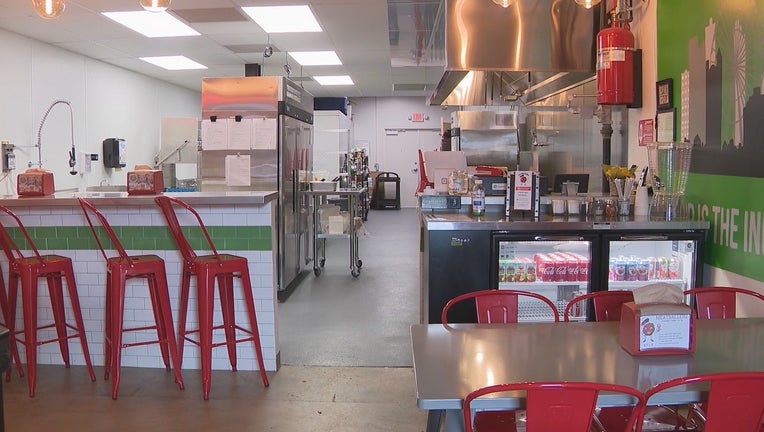 TALLAHASSEE - Servers and other employees won’t be counted toward limits on occupancy when restaurants reopen Monday under coronavirus guidelines, the state’s top business regulator said.

Also, Florida Department of Business and Professional Regulation Secretary Halsey Beshears on Friday advised restaurant owners to use as much outdoor space as possible under federal Centers for Disease Control and Prevention physical-distancing recommendations.

“I want to be real clear about that, and this is how we're going to regulate this: You know, if you have outdoor seating, there is no (maximum)  occupancy,” Beshears told members of the Orange County Economic Recovery Task Force’s Business Work Group during a teleconference.

On Wednesday, Gov. Ron DeSantis outlined what he described as a step-by-step plan that initially will allow restaurants outside of Miami-Dade, Broward and Palm Beach counties to have outdoor seating and occupancy indoors of up to 25 percent.

Chuck Whittall, chairman of the Orange County working group, said businesses owners would have preferred DeSantis allow 50 percent occupancy, as was recommended by a task force created by the governor.

“Restaurants can't afford to pay their manager, their assistant manager or bartender, their chef,” said Whittall, who is also president of the real estate company Unicorp National Development. “You just can't do enough business with that.”

Whittall said they were also disappointed hair salons and barber shops were left off the initial list of reopening in a three-phase plan that doesn’t have specific timelines.

RELATED: Orange County requests that barbers, salons be permitted to reopen on Monday

DeSantis’ first phase, which starts Monday, also includes steps such as allowing hospitals and other medical providers to conduct elective procedures. However, movie theaters will remain closed, as will bars, gyms and hair salons, and visitors will continue to be prevented from going to hospitals and nursing homes.

On Friday, DeSantis added state parks to the list of what will reopen on Monday, but he maintained that gatherings of 10 or more people will continue to be prohibited.

Beshears said he expects that bumping occupancy to 50 percent for restaurants “gets changed sooner rather than later.”

To help, Beshears said his agency will only count customers in indoor occupancy numbers.

“If it takes 12 people, right, to run the restaurant period and a 25 percent occupancy means you can only have 13 more patrons, you know, it just doesn't even make sense to open the door,” Beshears said. “So, that's the way we're going to read it for now, and we'll see how that works, and hopefully that can help out a little bit.”

Also, extending outside seating won’t, for now, jeopardize businesses’ liquor licenses so long as the expansion isn’t “jamming up the flow of” traffic, Beshears said.

“Just let your local jurisdiction know or the county, ‘Hey this is what we’re doing,’ to make sure you’re OK,” Beshears said. “Let’s not overthink it and realize it’s just a short-term solution. You will not be losing your liquor license from us for doing that right now in trying to get people seated outside.”