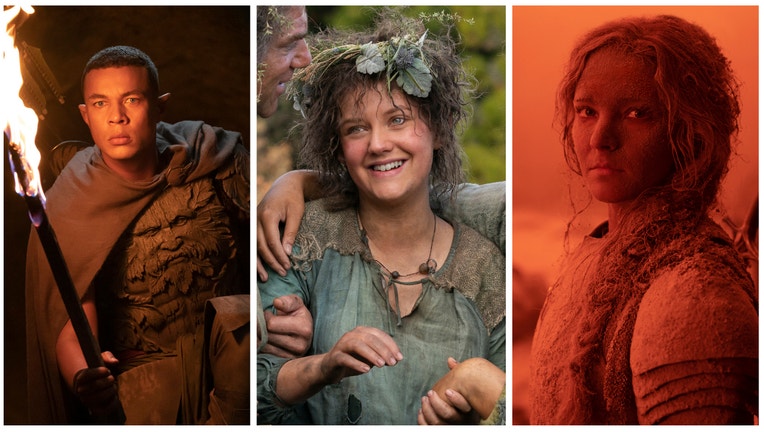 "The Lord of the Rings: The Rings of Power." Photo: Amazon Studios/Prime Video

LONDON - The first season of Amazon Prime Video’s epic "The Lord of the Rings: The Rings of Power" prequel saga came to a close with the forging of some rings and one heck of a twist. But finale fireworks aside, how did the many characters (and many performers) in the show’s massive ensemble stack up against one another?

Here we rank the top five movers and shakers in this ambitious adaptation of J.R.R. Tolkien’s Second Age mythology.

RELATED: ‘House of the Dragon’ 101: That time jump (and those kids), explained 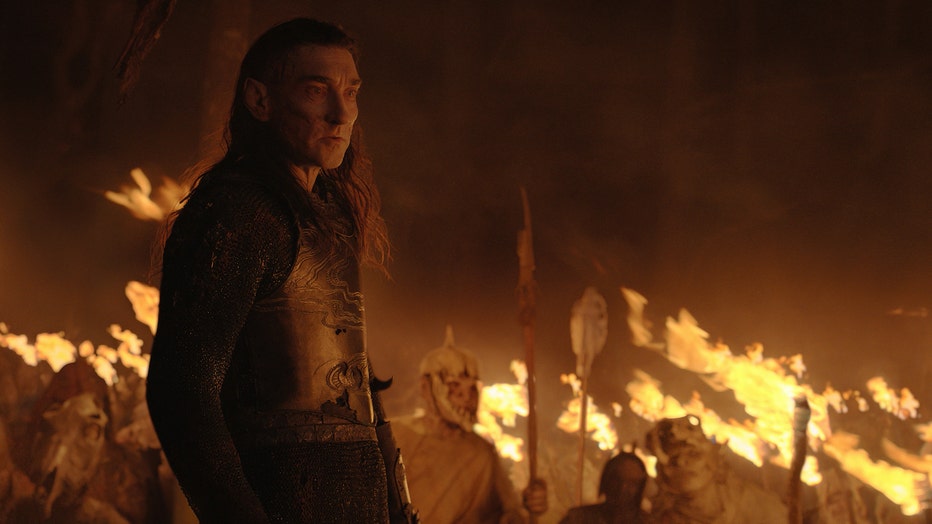 Joseph Mawle as Adar in "The Rings of Power." Photo: Prime Video/Amazon Studios

From his very first appearance in episode three, it was obvious that Adar was operating on an entirely different level to every other character in "The Rings of Power." At a time when even such legendary names as Elrond, Isildur and Gandalf (if that’s who The Stranger is?) are still finding their feet, this menacing yet soft-spoken warlord is already ten steps ahead.

Whatever his true origins, this battle-scarred Elf/Orc enigma has established one hell of a formidable reputation. And he’s left his mark on Middle Earth without needing much in the way of supernatural power, relying mostly on cunning military strategy and malevolent cruelty to secure victory for his marauding army. You may not like it, but the scorched earth and permanently gray skies of the Southlands (now known as Mordor, as on-screen caption helpfully informs us in episode seven) are what peak performance looks like.

Key moment: Tied to a pillar after being captured by Galadriel (Morfydd Clark) and the Southlanders, Adar remains unfazed, still confident that he will be successful sooner or later. As he drops hints about his backstory and motivations, he even makes us feel a glimmer of sympathy for the Orcs (sorry, Uruks), describing their status as oppressed victims in Middle-Earth’s brutal predestined hierarchy.

WATCH FREE ON TUBI: Joseph Mawle in the period drama "Mr. Jones" — get the app 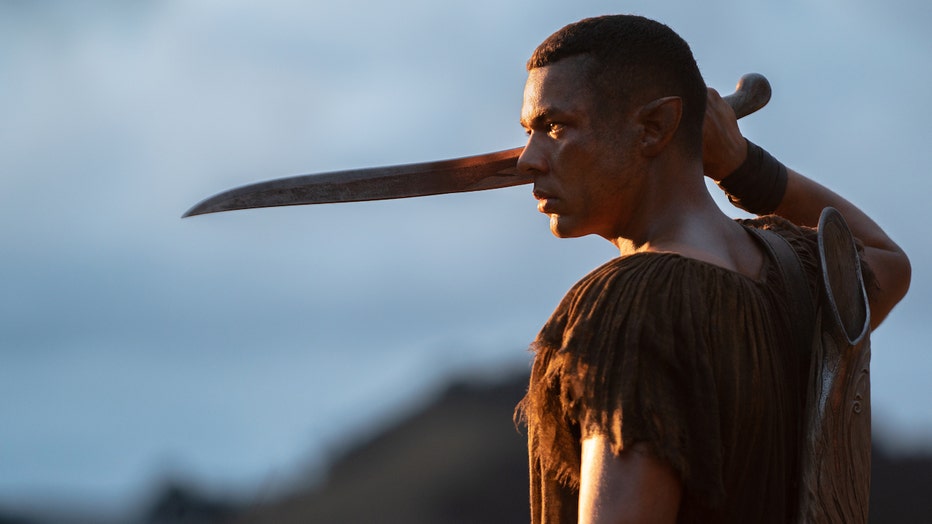 It takes a lot of guts to protect a community that seems to distrust or even despise you for who you are, but stoic Elf warrior Arondir is more than up to the task. Undeterred by such creative insults as "knife ears" (referring to his race’s most distinctive characteristic), he keeps watch over the human villagers of the Southlands, many of whom are descended from allies of OG dark lord Morgoth. Whether he’s enduring the indignities of forced labor in the Orcs’ underground tunnels, coming face-to-face with Adar or slaying a bloodthirsty warg in a daring escape attempt, Arondir’s unflappable cool is a constant source of inspiration. It certainly seems to have made an impression on local apothecary owner and single mother Bronwyn (Nazanin Boniadi). The pair’s clandestine relationship brings "The Rings of Power" some rare moments of romance.

Key moment: Not long after he uses his bow to craftily take out a whole squad of Orcs at the start of episode six’s chaotic battle sequence, Arondir finds himself mano-a-mano with a bad-tempered Orc at least twice his size. With no enchanted weapons or artifacts to help him, he relies on strength, agility and well-placed body blows to keep the brute at bay, until his human lover steps in to finish the job.

WATCH FREE ON TUBI: Ismael Cruz Córdova in the thriller "In the Blood" — get the app 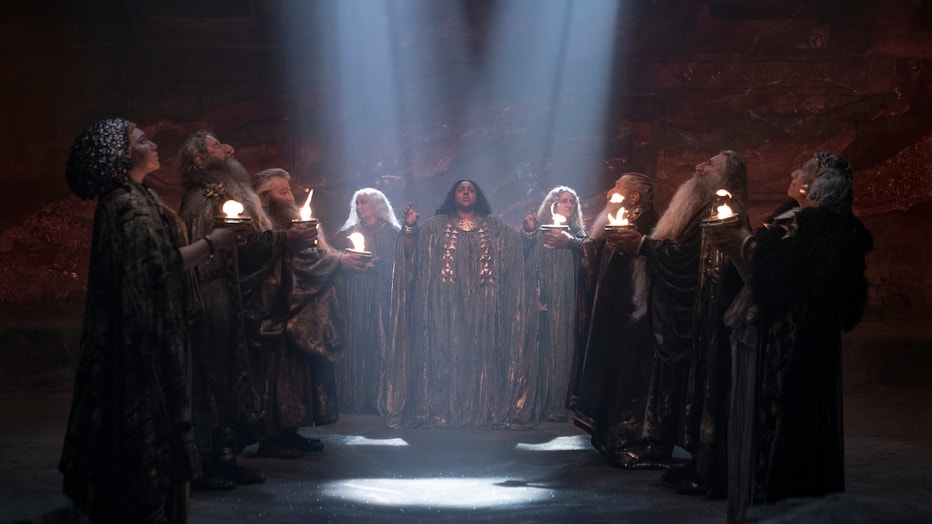 Without the immortal nobility of Elves, the tragic hubris of Men or the stature of either, Dwarves are regularly overlooked in the tales of Middle Earth. And they don’t even have the plucky underdog charm of Hobbits to compensate for their… shortcomings. But "The Rings of Power" gives this band of industrious cave-dwellers their most compelling story in any Tolkien adaptation so far, and it’s Disa who is at the heart of it all. Fierce, joyful and proud, she acts as both voice of reason and moral conscience for her husband Prince Durin (Owain Arthur) as he’s forced to balance his allegiances to his father King Durin III (Peter Mullan), his friend Elrond (Robert Aramayo) and his own sense of duty.

Is her role in the show ultimately just hanging out in the background, offering strong words of encouragement to help an indecisive man fulfill his destiny? Maybe. Apparently Dwarf society doesn’t allow its women the same opportunities that are afforded to the likes of Commander Galadriel or Queen-regent Miriel (Cynthia Addai-Robinson). But were you sure that female Dwarves even existed before you saw Disa? Maybe not. That makes her a trailblazer, as far as we’re concerned.

Key moment: After an accident in the Khazad-Dum mines leaves a number of Dwarves in mortal danger, Disa is at the center of a unique ceremony that’s intended to offer them aid. Using the power and resonance of her voice, she makes an impassioned plea to the rocks. The trapped miners are soon able to escape with their lives. 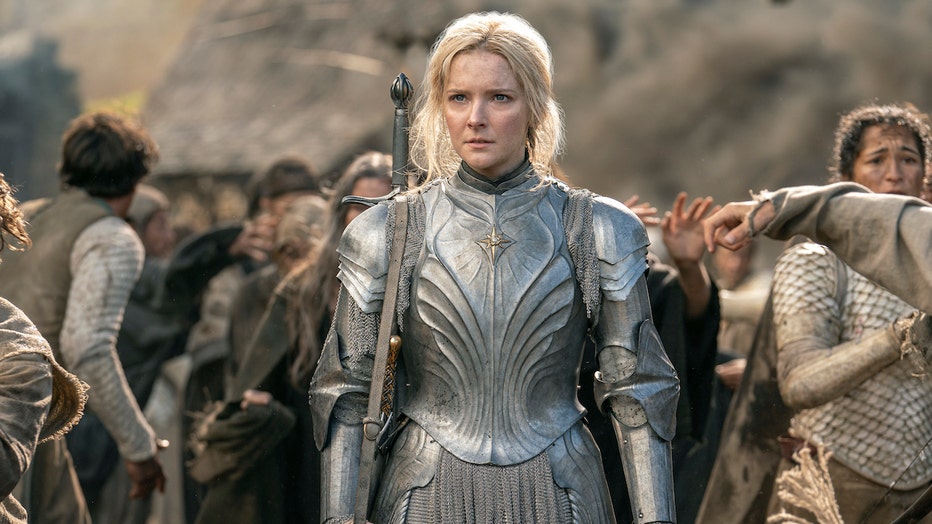 Morfydd Clark as Galadriel in "The Rings of Power." Photo: Matt Grace/Prime Video

Stately and ethereal by the time the Third Age comes around, Galadriel has shown throughout "The Rings of Power" that these eventual attributes didn’t come easily, as she deals with serious family tragedy while battling evil across vast expanses of time and space. With the memory of the Undying Lands still fresh in her mind (or as fresh as it can be for someone who’s lived through several centuries), the regal Elf shows a dogged, unwavering commitment to protecting Middle Earth, in defiance of the complacent elders who urge her to return west and settle down in the otherworldly paradise where she spent her childhood. Though her pride and insecurity can often get the best of her, and despite her being firmly on the back foot for pretty much the entire season, her tenacity and hard-earned wisdom mean she’s clearly one of the show’s MVPs.

Key moment: While she and her mysterious companion Halbard (Charlie Vickers) enjoy a brief pit stop in the spectacular island nation of Númenor, Galadriel is able to persuade the isolationist Queen Miriel to sail east with her to Middle Earth, bringing a formidable army along to join the fight against Sauron.

WATCH FREE ON TUBI: Morfydd Clark in the dramedy "Eternal Beauty" — get the app 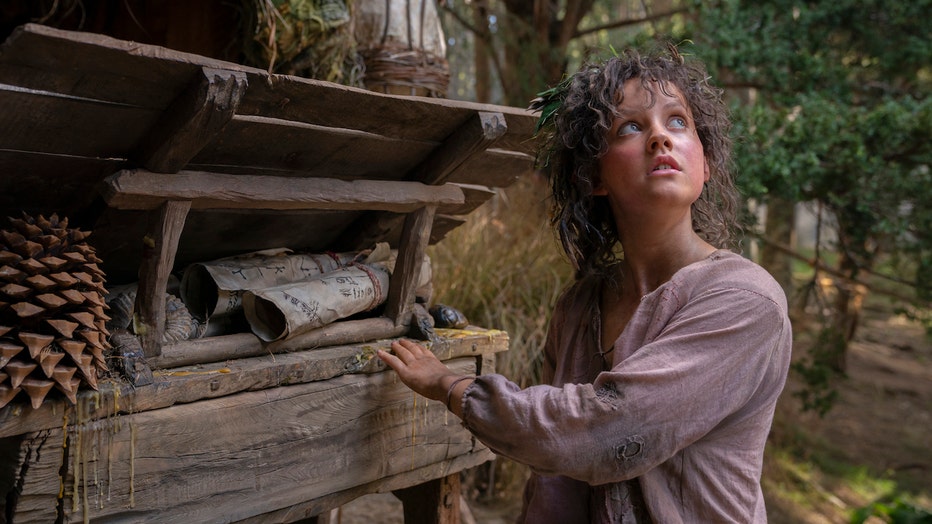 Throughout Tolkien’s stories, one of the key themes is individuals exceeding or defying what’s expected of them. Think about Frodo Baggins leaving the comfort of his sleepy rural village to take on a mission of world-historical importance, or Faramir redeeming the failures of his father Denethor and older brother Boromir through his own acts of courage. In "The Rings of Power," young Nori Brandyfoot is one character who seems similarly destined to over-achieve. Her curiosity and thirst for adventure leads her to follow a mysterious light in the sky, eventually tracking down and befriending The Stranger (Daniel Weyman), who will come to the aid of the Harfoots in ways they couldn’t possibly have predicted. As the fates of these two inquisitive outsiders become intertwined, Nori manages to find new meaning in the Harfoots’ time-worn "nobody walks alone" mantra. She’s definitely one to keep an eye on for the future.

Key moment: In a quiet heart-to-heart with The Stranger after he loses control of his still-developing powers, Nori manages to convince him that he’s not "a peril," insisting he has a good heart. In hindsight, her reminding this Middle Earth newcomer which side of the eternal battle he’s fighting on might have been a crucial moment, preventing the course of history from taking a much darker route.

Your next binge: "Firefly," streaming free on Tubi