Two legends were revealed on Wednesday night's "The Masked Singer."

LOS ANGELES - A double reveal on Wednesday’s "The Masked Singer" had not just one, but two Hall of Famers.

The Venus Fly Trap and Gopher made their grand exits from "The Masked Singer" stage and the humans beneath the mask might surprise you.

The theme of Wednesday’s show was Hall of Fame night, which was fitting considering the celebrities who were hidden beneath the masks.

Warning: This article contains spoilers for Season 8, episode 7, of "The Masked Singer."

The Venus Fly Trap turned out to be former heavyweight boxing champion and master of the grill, George Foreman.

When asked why he decided to test his singing chops on the show, Foreman answered simply, "The greatest show on Earth."

And his secret to his success? "The George Foreman lean, mean, fat-reducing grill machine," Foreman said, shamelessly plugging his own famous line of George Foreman Grills.

Cheers erupted for the man behind the Venus Fly Trap mask and panelist Nicole Scherzinger highlighted the applause and said, "We’ve had a lot of unbelievable legends on this show but I think this is the loudest audience reaction we’ve ever had."

RELATED: 'The Masked Singer' reveals identities of Milkshake, Walrus — See under the mask 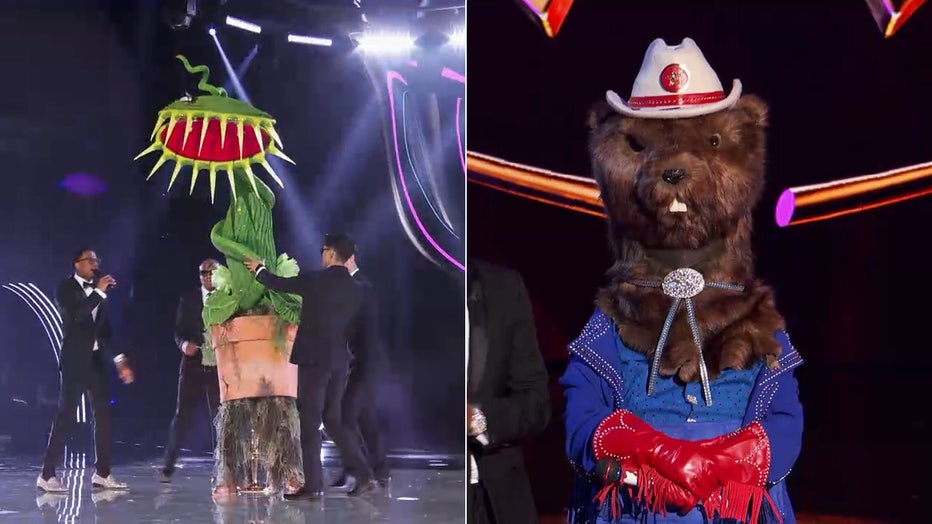 Beneath the gaudy mask of Gopher was American musician and founder of Parliament-Funkadelic, George Clinton.

The show’s host Nick Cannon asked the legendary music producer what it was like to dawn such an extravagant costume, to which Clinton answered, "Man, it’s hot as hell in this, but I’m cool, y’all."

Clinton said after he saw the show and how much fun everyone appeared to have, he just had to be a part of it.

"Y’all was having too much fun on here. I saw T-Pain on this thing. I saw Gladys (Knight), I had to get some of this," Clinton said.

Panelist Robin Thicke couldn’t help but admire the music legend, saying Clinton’s music has inspired many even to this day.

"That’s the thing, when you are an original, from your stage shows to the music that comes out of the speakers by itself, nothing else feels and sounds like it," Thicke said.

Also on tonight’s episode, beloved actor and comedian Leslie Jordan, who died Oct. 24 after suffering a medical issue and crashing his car in Los Angeles, made a posthumous appearance on the show.

Jordan was one of several celebrities slated to make guest appearances on the eighth season of the top-secret singing competition.

Jordan, 67, won a primetime Emmy in 2006 for his performance as Beverly Leslie in the TV show "Will and Grace." He starred as Lonnie Garr in "Hearts Afire," Phil in "Call Me Kat," and played several characters in "American Horror Story."

Tubi and this television station are both owned by the FOX Corporation. This story was reported from Los Angeles.