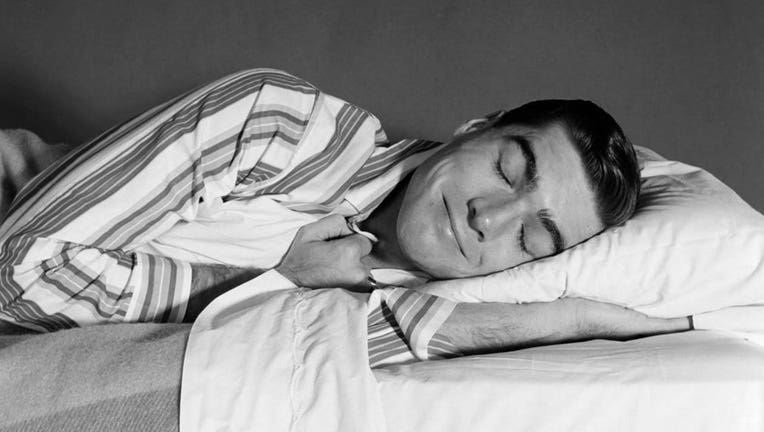 Struggling with sleep right about now? Millions of Americans are in the same boat, in no small part thanks to the ongoing stress of living amid the coronavirus pandemic, school and business closures, and more.

Below, try to snap out of your bad-sleep rut with these wholesome choices that get nutritionists’ seal of approval. 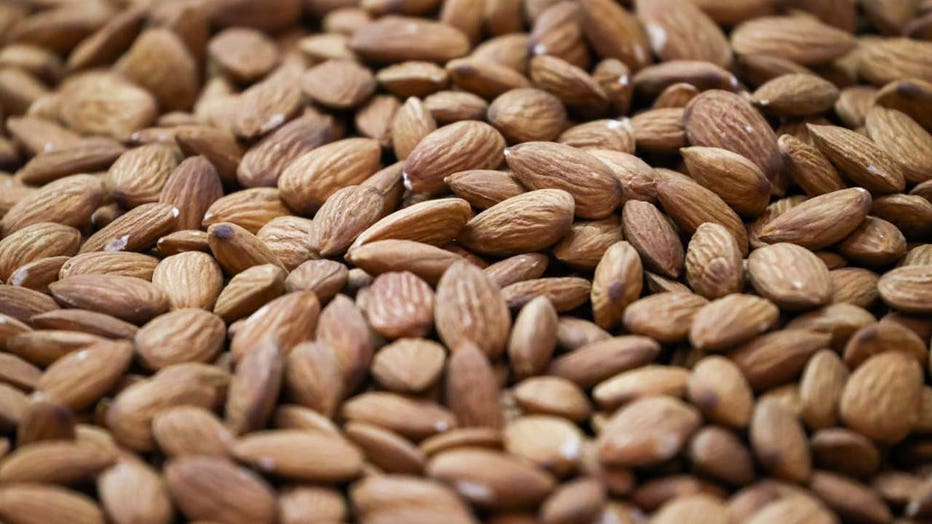 FILE - A bunch of almonds on sale in a market.  (Anton NovoderezhkinTASS via Getty Images)

Let’s go nuts for another nut. Brynn McDowell, RD, The Domestic Dietitian, explains: "Almonds contain a natural source of melatonin, which is a hormone that your brain produces and has been associated with sleep and sleep cycles. Research indicates that eating melatonin-rich foods may assist with improving your body’s sleep cycles," she says. "Almonds are one of the highest plant-based sources of melatonin," she continues, adding that a small handful of almonds or even a spoonful of almond butter before bed may help stimulate your body’s melatonin production.

Magnesium matters, too. "Magnesium is a rarely considered mineral that plays many roles in the body, over 600 functions at the cellular level. While it is a small nutrient, a deficiency has significant implications," says Trista K. Best, MPH, RD, LDN of Balance One Supplements, pointing to this research. "Along with fighting depression and lowering blood pressure, magnesium is linked to better sleep in both quality and quantity. Magnesium deficiencies almost always lead to or exacerbate insomnia," she elaborates, noting that it does this by regulating and activating parasympathetic hormones and neurotransmitters that help the brain to enter a state of relaxation which is better prepared for rest. "Magnesium also helps to control the symptoms of some conditions that interrupt sleep, like digestive disorders." 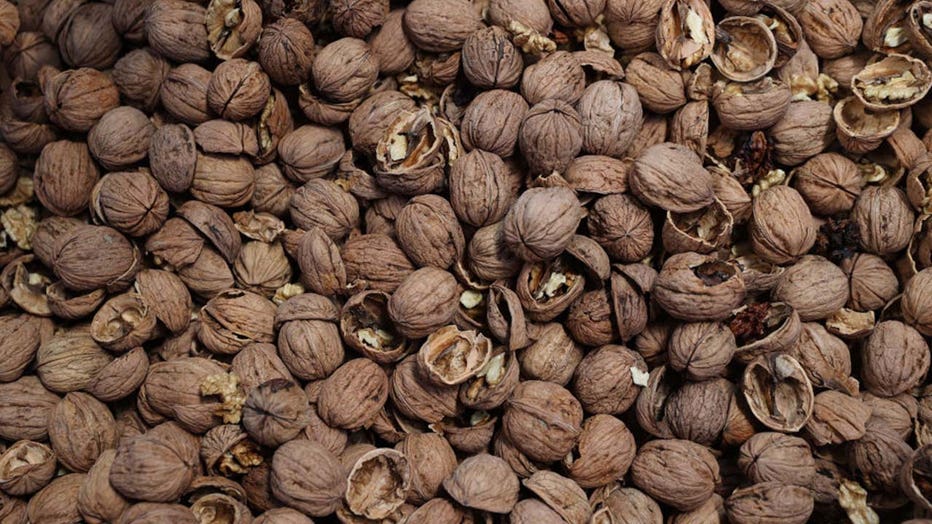 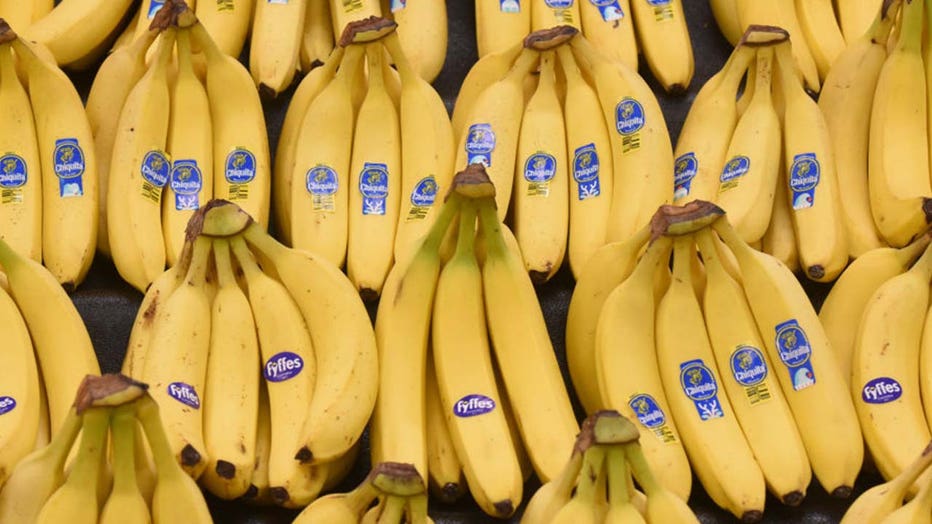 Banana and almond butter, anyone? "Bananas are a great bedtime snack since they contain a trifecta of sleep-promoting compounds: carbohydrates, tryptophan and melatonin. In fact, one study aiming to decrease sleep disorders in the elderly found that daily banana consumption was a viable alternative to sleep aids," said Amanda K. Miller, RD, LDN, registered dietitian and medical reviewer at The Botanical Institute. "Carbohydrates can raise your blood sugar, which has a therapeutic sleeping effect. Tryptophan is the amino acid that leads to serotonin production. Serotonin can be converted into more melatonin, which promotes a healthy sleep-wake cycle." 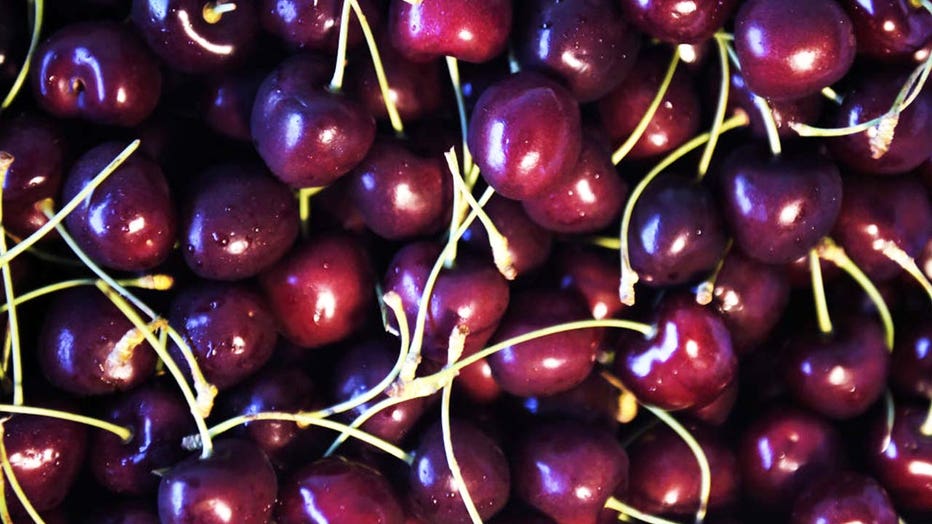 FILE - A box of cherries. (Carla Gottgens/Bloomberg via Getty Images)

Reach for tart cherries or tart cherry juice, and you may just usher in a better night of ZZZs. "Tart cherry juice can increase our bodies' ability to use tryptophan, which is an amino acid linked to sleep. Tart cherry also has a high melatonin concentration," says Amy Adams, RDN, LDN. "Research says 8 oz of tart cherry juice in the morning and nighttime for as little as two weeks can significantly reduce insomnia."

Echoing Adams, McMordie adds, "Tart cherry juice has been shown in some studies to increase melatonin and to improve sleep quality and duration." Learn more about tart cherry juice and SleepFoundation.org. 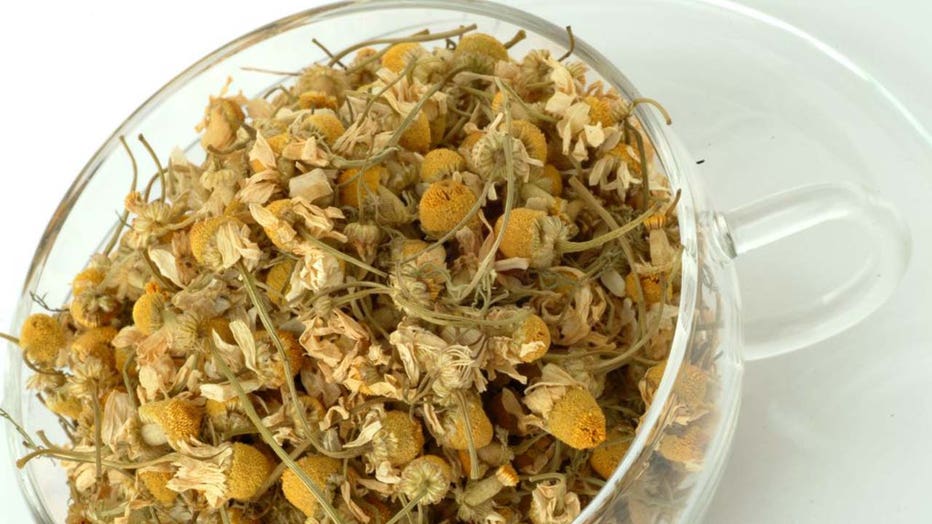 So we know these are beverages, but they’re both certainly worth highlighting for their potential sleep benefits. "Chamomile tea has been used in traditional medicine to treat many ailments, including insomnia. Chamomile contains the flavonoid apigenin, a compound that binds to the benzodiazepine receptors in the brain, creating a sedative effect," says McMordie, adding that one study found that postpartum women who drank chamomile tea for two weeks reported better sleep and had lower depression scores.

As for lavender tea, it may similarly help improve sleep quality by promoting relaxation and reducing anxiety, says McMordie. "Using lavender oil in an aromatherapy application has also been shown to be effective at promoting better sleep." 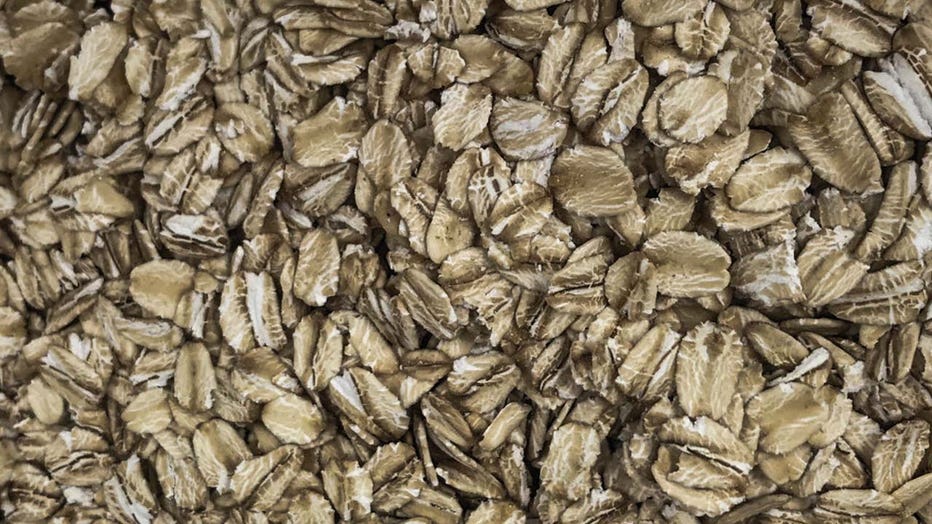 Allison Tallman, MS, RD, CNSC, of SportingSmiles.com is all about this wholesome grain to help support enhanced sleep, which may be due to their high-fiber content. "Consumption in the evening may promote drowsiness, leading to better sleep. Oats also contain melatonin, which can help us to fall asleep as well," she says. 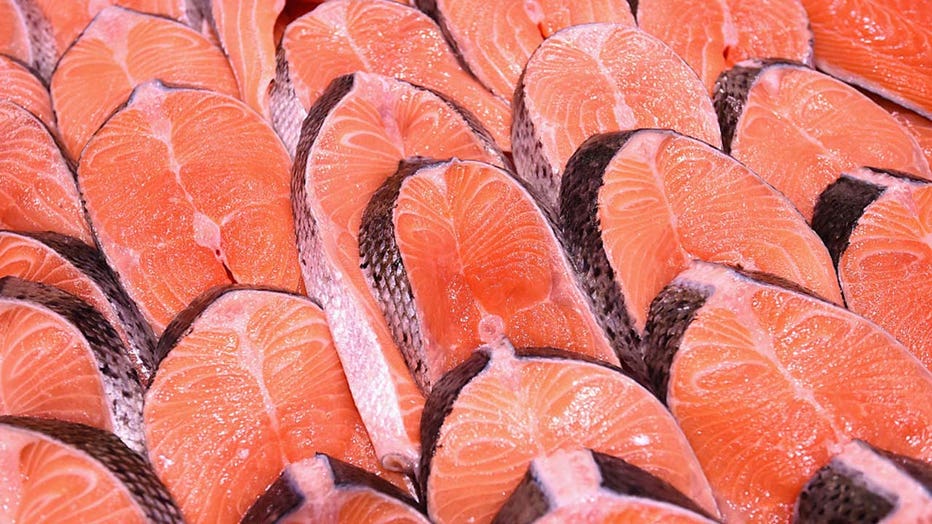 This nutrient-dense fish is another food that’s believed to have some sleep-promoting prowess. "Salmon and other fatty fish are high in both omega-3 fatty acids and vitamin D, both of which can improve sleep quality by promoting serotonin production. In one study, men who ate salmon three times a week fell asleep faster and reported better daily functioning than those who ate chicken, beef, or pork," said McMordie.

Riffing on McMordie, McDowell, shares that "researchers believe the combination of vitamin D and Omega 3s in fatty fish may help improve sleep quality because of their ability to increase the production of serotonin." FYI: "Serotonin is a chemical produced in our brain that helps regulate sleep cycles," says McDowell, among other roles in mood, emotions, appetite, and digestion. 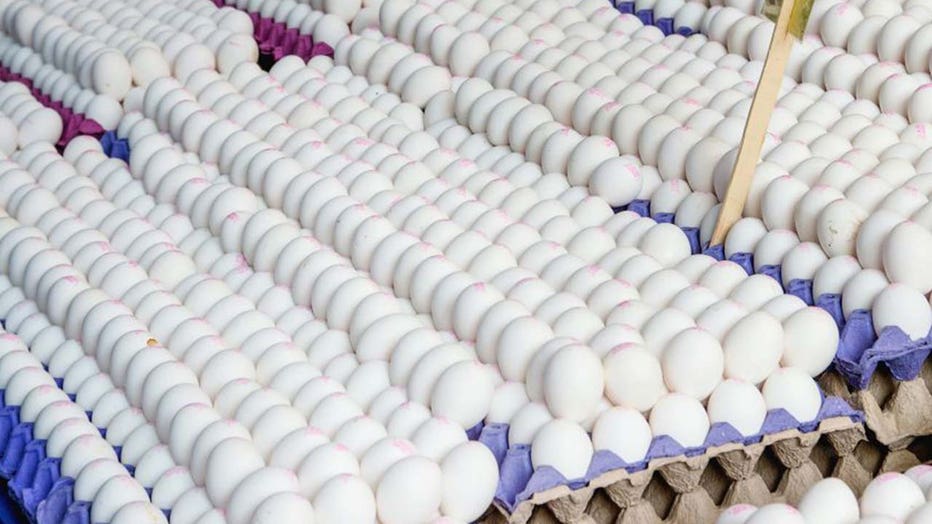 Eggs before bed? Don’t mind if we do. "Eggs contain many nutrients that are important for sleep and overall general health. Research shows eggs are one food that is higher in melatonin, which has been shown to induce sleep," says Adams. 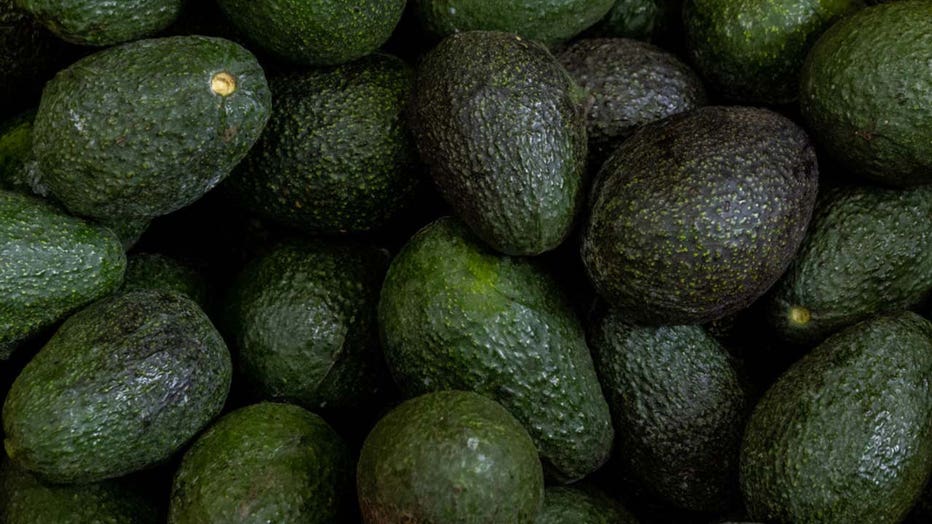 FILE - Avocados during a harvest. (Cesar Rodriguez/Bloomberg via Getty Images)

Guac ‘n’ roll…into bed. "Avocados can help increase serotonin due to avocado’s tryptophan content. This, in turn, can increase melatonin in the body (and help you sleep better)," says Kostro Miller. If you’re eating an avocado before bed, skip the chips or bread and drizzle a little extra virgin olive oil and sea salt over it for a simple and satisfying snack. 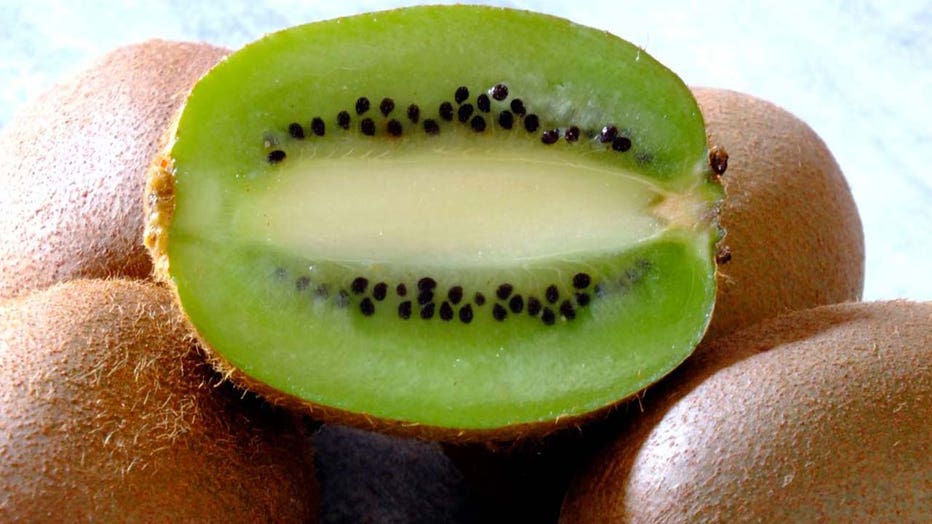 We’ll definitely take all the excuses we can get to load up on this delicious tropical fruit. "Studies show kiwi contains compounds like antioxidants and serotonin which may be beneficial for sleep. One study found that consuming two kiwis one hour before bedtime increased total sleep time and sleep efficiency," comments Adams.