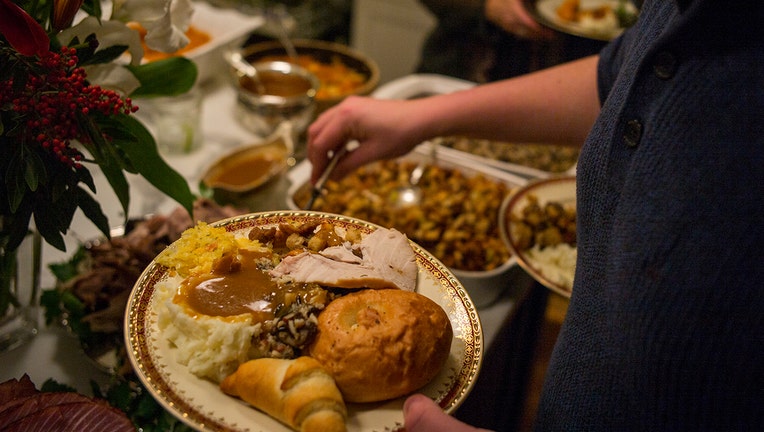 Forty-six percent of Americans would be willing to pay $5,000 to have their home magically clean from top-to-bottom after the holidays.

The study, which surveyed 2,000 Americans, examined all the work that goes into the holidays, and this year, it’s bound to be a bigger deal than ever.

Just over one in two survey respondants (54%) confessed that after such a chaotic 2020, the last thing they want to do is a big post-holiday cleanup of their home — even if gatherings are smaller in number this year.

The post-festive clean up isn’t the only part of the season respondents are dreading. When it comes to the parts of the holiday dinners respondents dread, the overwhelming number of dishes to wash (47%) topped the list.

Forty-four percent complained of having to do the top-to-bottom cleaning of their home while a third can’t stand the amount of prep work they have to do before cooking the big meal. A quarter of respondents aren’t fans of a noisier-than-usual home (26%) and would rather not wake up early (25%).

The survey, conducted by OnePoll on behalf of LG Electronics USA, showed a third of respondents will spend six hours or more in the kitchen to make the perfect holiday dinner, only to have it scarfed down in 35 minutes on average.

Results revealed the average person begins buying food and prepping for the big dinner four days in advance, while one in five will need more than a week to make sure they have all their ingredients prepped and at the ready.

Indeed, the average person would pay over $500 to have nothing to clean after a festive meal — but the after-dinner cleanup leads to quite a bit of confusion: Two in five respondents think those that didn’t help prepare dinner should be in charge of the cleanup, but 30% think it’s the host’s responsibility.

Nearly three in five (59%) have family members who promise year after year to help with the dishes, even though respondents know they won’t. And fifty-eight percent have mysterious guests who “happen” to arrive in the kitchen just as dishwashing duty is ending, only to say would have helped if they had known.

But children (38%) are the most common culprits to escape clean-up duty, with siblings coming in second place with 31%. Spouses and partners were also accused of leaving respondents high and dry at 30%. Fathers (23%) and cousins (22%) rounded out the top five most likely to shirk on helping out.

Fifty-nine percent of respondents have a dishwasher, and of those, half will run it three times or more to handle all the dirty dishes that come with cooking and eating a holiday meal. In fact, two-thirds feel like their dishwasher runs all day during a holiday.

While the dishwasher will likely still be running on repeat this year, the holidays will look different in other ways.

Of those who’ve hosted holiday dinners in the past, 70% will forgo guests this year and opt for an immediate family-only holiday. Seventy-seven percent expect to make less food than normal.

“Many of us will be celebrating the holidays differently this year – from smaller gatherings to virtual experiences – but that’s all the more reason to make them special,” said Gail Conroy, head of home appliance marketing at LG Electronics USA. “We hope people will still set a beautiful table with all their favorites – and take advantage of the great technology out there to make it easier and more fun.”