SUGARLAND, Texas - A Texas judge invited Disney to move from Florida amid its ongoing feud with Gov. Ron DeSantis.

"While you, your company, employees and diverse fans face authoritarian, anti-business and culture war attacks from extremists in Florida, we in Fort Bend are more ready to welcome the Disney family with thousands of good-paying jobs and billions of dollars of investments," the letter dated April 21 states.

WILL DISNEY'S LOSS OF SPECIAL TAX DISTRICT IN FLORIDA MEAN TAXPAYERS ARE STUCK WITH THE BILL?

George described Fort Bend County, which borders Houston’s Harris County to the southwest, as a "unique place" whose residents and families "compose the most diverse county in the United States, deliver extremely high graduation rates and are one of the top capita purchasers in Texas."

The county is "strategically located for the most efficient distribution of goods domestically and internationally, including the best access to both inland and water ports in Texas," the judge said.

"With a strong focus on economic development, we encourage small and large business growth through a business-friendly climate; we make a difference in our children’s lives everyday through youth empowerment initiatives and aim to continue improving the quality of life through new, fresh and innovative ideas," George said. "I invite you to visit Fort Bend County and see for yourself why our community is the best place for a new Walt Disney World Resort." 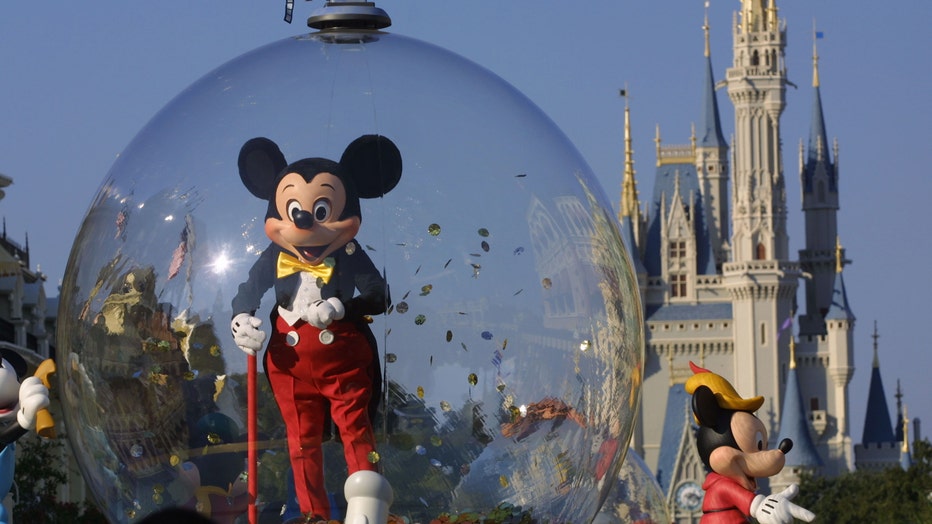 397155 06: Mickey Mouse rides in a parade through Main Street, USA with Cinderella's castle in the background at Disney World's Magic Kingdom November 11, 2001 in Orlando, Florida. (Photo by Joe Raedle/Getty Images)

George described DeSantis as a "political extremist" in the copy of his letter he shared on Twitter.

This comes as DeSantis, a Republican up for re-election in November, signed legislation Friday stripping the theme park of a decades-old special agreement that allowed it to govern itself. The move came in response to Disney's criticism of a new state law condemned by critics as "Don't Say Gay," which prohibits classroom discussion about sexual orientation and gender identify for elementary students.

Texas Lt. Gov. Dan Patrick has said he wants to create his own version of the legislation.