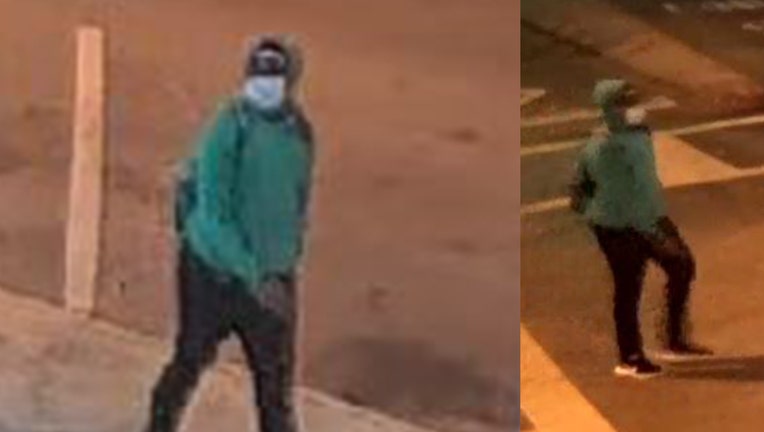 ORLANDO, Fla. - Orlando police are searching for a man they say carjacked a woman at gunpoint in downtown Orlando earlier this month.

Police say on January 5 just before 2 a.m., and woman was loading items into her vehicle that was parked in the 100 block of East Church Street when she was approached by the suspect.

The man demanded her keys and when she refused, he pulled out a handgun.

"The victim gave the suspect the keys and he fled in her vehicle. Several minutes later, the vehicle was later found abandoned at Liberty Ave. and South St. by the suspect when he noticed the quick response by patrol," police said.

The suspect was spotted walking in the Thornton Park area.

He is described as a black male, 6 foot, over 200lbs, wearing a green hoodie, dark pants, and clean-cut.