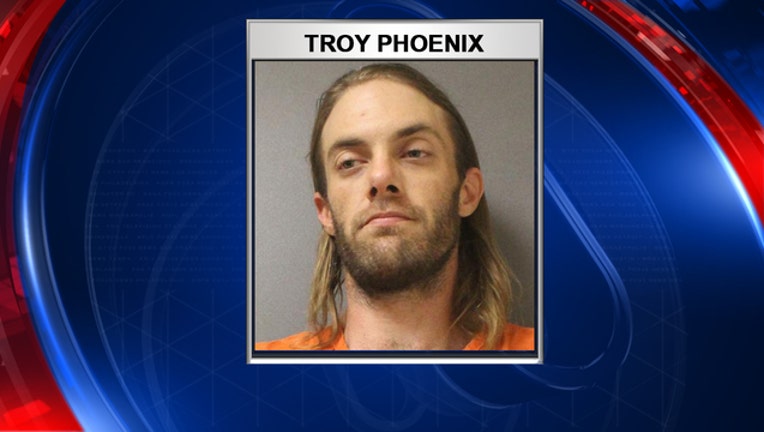 Investigators say 36-year-old Troy Phoenix was upset about getting evicted from a shed where he was living on his grandfather’s property.

“He comes into the house, where the threatens to kill everybody and ignites the wick -- theoretically ignites the bomb -- and then he decides better of it and runs outside and throws it down and causes an explosion that leaves a mini-crater and rocks the neighborhood,” said Volusia County Sheriff Mike Chitwood.

No one was hurt.  When deputies arrived, Phoenix was gone.  He was taken into custody on Wednesday in Edgewater.

The Sheriff’s Office says they plan to charge him with possession/discharge of a destructive device, possession/manufacture of explosives and three counts of aggravated assault with a deadly weapon.