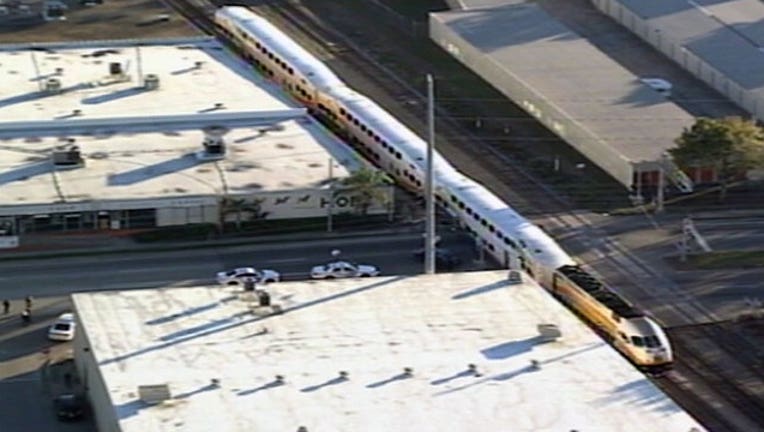 ORLANDO, Fla. (WOFL FOX 35) - SunRail's northbound Train No. P322 was delayed for about 40 minutes late Monday after due to police activity.   Authorities said the truck struck a car, though additional details were not immediately released.  Orlando firefighters at the scene said no one was injured .

The train was stopped along the track just west of Michigan St. and South Orange Avenue, resulting in the closure of Michigan Street in both directions.  Steve Olson, a spokesman for the Florida Department of Transportation, said other trains were not impacted and were able to pass on a separate set of tracks.