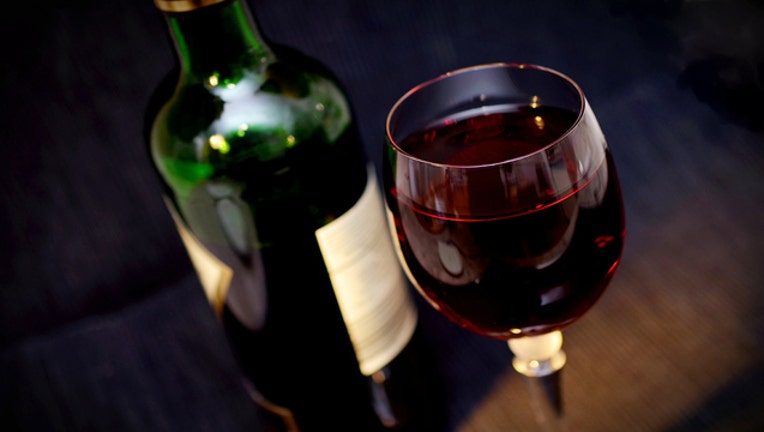 NEW YORK (AP) - Here's some sobering news: A large international study says adults should average no more than one alcoholic drink per day, and that means drinking guidelines in many countries may be far too loose.

The study found that people who down more than seven drinks a week can expect to die sooner than those who drink less.

"What this is saying is, if you're really concerned about your longevity, don't have more than a drink a day," said David Jernigan, a Johns Hopkins University alcohol researcher who was not involved in the study.

While the U.S. government currently recommends no more than seven drinks a week for women, the recommendation for men is 14 drinks. That's because earlier studies found women are hit by the effects of alcohol at lower amounts than men for several reasons, including women weigh less than men on average and blood alcohol concentrations rise faster.

The new study estimates that 40-year-old men who drink as much as the current U.S. guidelines allow can expect to live one to two years less than men who have no more than seven drinks per week.

Canada and Sweden have guidelines similar to those in the U.S. set by the Department of Agriculture. Some countries have much higher ceilings. Spain and Romania set the upper limit for men at the equivalent of 20 drinks each week, for example.

British guidelines were like the U.S. standards until two years ago, when U.K. health officials brought the recommendation for men down to the level for women.

The study "is a serious wake-up call for many countries," Jeremy Pearson of the British Heart Foundation said in a statement. The group partly funded the study, which was published Thursday by the Lancet journal.

The research combined results from 83 studies conducted in 19 countries, tracking nearly 600,000 people who drank alcohol. The researchers focused on who developed - and died from - stroke and different forms of heart disease. They made a point of excluding people who had a known history of heart problems at the time they had entered a study.

About half the participants said they had more than 100 grams of alcohol a week. There's variation from country to country as to how many grams of alcohol are generally found in a standard drink. In Britain, that's about six pints of beer a week. But in the U.S., 100 grams is equivalent to what's in seven 12-ounces cans of beer, 5-ounce glasses of wine, or 1.5-ounce shots of rum, gin or other distilled spirits.

The researchers found a higher risk of stroke, heart failure and other problems in that group of heavier drinkers. That may partly reflect that alcohol can elevate blood pressure and alter cholesterol levels, the researchers said.

Notably, the heavier drinkers were less likely to have a heart attack. But balanced against the increased risk of a stroke and other heart problems, the impact of drinking more than seven drinks a week is more bad than good, said the study's lead author, Dr. Angela Wood of the University of Cambridge in England.

Like most studies, this one has flaws. It's not built to make firm conclusions about cause and effect. Research that rolls together previous studies can be problematic if they aren't similar enough, though this one appears to have done a good job at overcoming that obstacle and combining comparable data, Jernigan said.

Researchers relied on what participants reported drinking at the start, recognizing that many people may be lowballing how much they actually down. And the study didn't account for any changes in their drinking habits.

At O'Hara's Restaurant and Pub, a watering hole in lower Manhattan, one patron shrugged off the study and its recommendation. Shawn Freeman, visiting from St. Louis, said other things influence how much he drinks, like his mood and whether he'll be driving.

Another patron, Jaussi Ruotsalainen, a tourist from Finland, said he rarely drinks because he has two young kids at home.