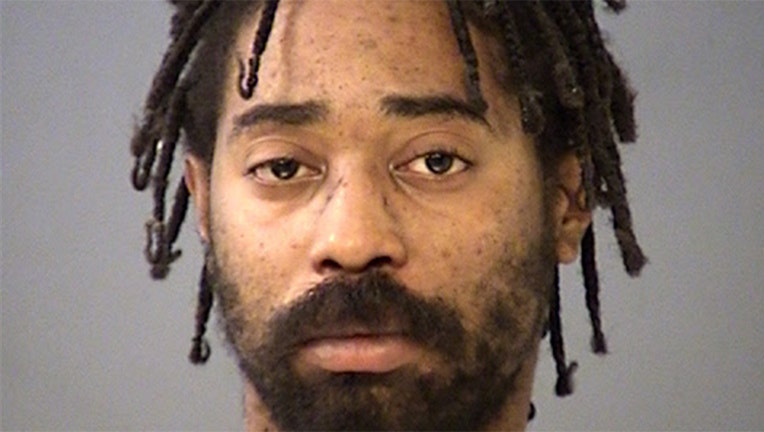 A man suspected of killing three adults and a child had pulled out a gun and opened fire following a heated argument over dividing a stimulus check, the family says.

It happened Saturday night inside an Indianapolis home.

The man then allegedly snatched his baby and took off before being arrested on Sunday.  The baby's mother, identified as Jeanettrius Moore, was also wounded in Saturday night's shootings. The 6-month-old girl was later found unharmed.

Malik Halfacre, 25, was arrested Sunday evening inside the attic of a different home about 4.5 miles from the shooting scene, Officer Genae Cook, a spokeswoman for the Indianapolis Metropolitan Police Department said.

Halfacre was being held Monday on preliminary murder, attempted murder and other charges, according to the Marion County Jail’s online records. Police identified him Sunday as "the suspect" in the killings Saturday night of two men, a woman and a 7-year-old girl.

Deputy Chief Craig McCartt did not mention Halfacre by name during a Monday morning news conference but he said the suspect had gotten into an argument at the home before the shootings.

"There was an argument there that escalated to the point where he pulled out his weapon and started shooting everyone there in the home," McCartt said.

"He wanted some of Jeanettrius’ tax money, stimulus money," Wendy Johnson, a cousin who heard Jeanettrius’ account of the incident, told WXIN.

Billions of dollars of aid are now on the way to New Jersey thanks to the new stimulus bill, and lawmakers revealed how the money will be divvied up.

The initial police investigation after officers responding to a report of a woman being shot around 8:15 p.m. Saturday found the baby's mother near the home, McCartt said. The woman, who had been shot in the back, directed police to the home, telling them other victims were inside. She was taken to the hospital in critical condition.