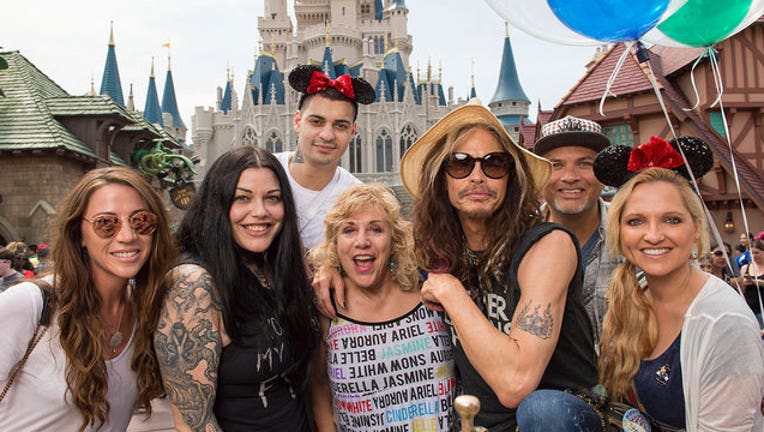 LOS ANGELES (AP) - Aerosmith frontman Steven Tyler isn't giving Disney World a thumbs up for digitally altering his hand in a video that plays at an attraction featuring the band.

Tyler posted a photo of himself Thursday on social media making the same gesture with his fingers that he did in the opening video for the Rock 'n' Roller Coaster Starring Aerosmith at Disney's Hollywood Studios in Orlando, Fla.

Several videos and images posted on social media this week by visitors to the theme park show Tyler's fingers have been changed.

The hand gesture is often associated with a sex act.

Tyler wrote on Facebook, "WAY TO GIVE ME THE FINGER NOW WALT DISNEY WORLD."