Stephen King's latest novel is called ‘The Institute.’ As you pour over the pages, there's one name that may stick out: Sarasota’s police chief, Bernadette Dipino. It was a surprise, even to her.

SARASOTA, Fla. - Stephen King's latest novel "The Institute" follows a kidnapped boy brought to a hidden facility in the woods of Maine, where brutal tests uncover paranormal abilities in children.

As you pour over the book’s 561 pages, there's a name that may stick out: Sarasota Chief of Police Bernadette Dipino.

The book is fiction but Chief Dipino is very real – and she couldn't be more excited.

On page 16, in the third-to-last paragraph, the line reads, "I reported to Bernadette Dipino. She's the Sarasota chief of police."

It caught the attention of the real Chief Dipino’s daughter, who is an officer in Baltimore.

“My daughter called and said, ‘Hey mom, you’re in the latest Stephen King novel,” Chief Dipino said. “I was like, ‘Oh my God. That is so exciting.’ It’s such a thrill." 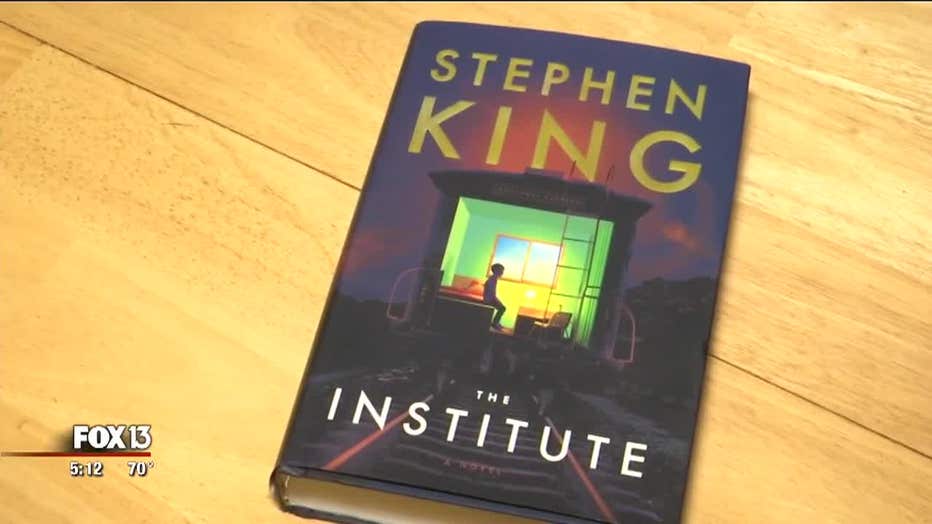 It came as a surprise and an honor for the chief, who happens to be a big Stephen King fan.

“It was just quite thrilling and I think it’s so cool to be in a novel written by my most favorite author,” Dipino said.

“I play myself. I actually am called by someone to say, ‘Did this person work for us at the police department?’ That’s how I was mentioned. They referred me to the person that I should be called,” she explained.

While her role is minor, the chief says it is an honor.

“I told some people, the only thing better than my name being in the book is if he had me as a character that like got killed off by one of the creatures or something like that,” Dipino said.

This is not the first time Stephen King, a part-time resident of Casey Key, has referenced Sarasota in his books. Chief Dipino hopes one day to bump into him and thank him personally.

“I’m just hoping maybe I get to meet him. I would love to get him to autograph the book for me,” she said.

Chief Dipino says if “The Institute” were ever turned into a movie, she wouldn't mind playing the cameo role of herself.