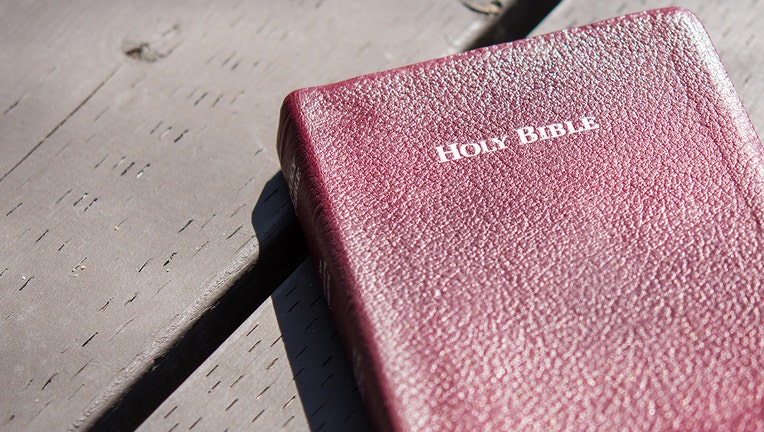 NASHVILLE, Tenn. - A top Southern Baptist Convention committee is facing mounting pressure from within the denomination to move forward without further delay an investigation into how it handled sexual abuse allegations.

Many seminary presidents, state convention leaders and pastors in the nation's largest Protestant denomination are frustrated with the Executive Committee’s inaction.

The critics, growing in number, have called for the committee to accept the terms of the investigation set by thousands of Southern Baptist delegates in June. Some have warned a failure to do so risks financial contributions from churches, erodes trust within the convention and runs counter to the evangelical denomination’s bottom-up structure.

The Executive Committee, which acts on behalf of the convention when it is not holding a national meeting, is facing a crisis of confidence, said the Rev. Adam Greenway, president of Southwestern Baptist Theological Seminary in Fort Worth, Texas. The Executive Committee is at this point because of a "colossal failure of leadership," he said.

"We’re seeing play out before a watching world something that should never have been allowed to escalate to this point," Greenway said.

The Executive Committee is facing a third-party investigation into allegations it mishandled sexual abuse cases, resisted reforms and intimidated survivors, but it is divided on the terms of the review, including a request to waive its attorney-client privilege that protects some communications with its lawyers. The waiver is viewed as a key demand of the delegates, known as messengers, who put the investigation in motion.

This is the latest tension point in the SBC’s reckoning with its abuse scandal. A 2019 report from the Houston Chronicle and San Antonio Express-News showed the scope of the issue by documenting hundreds of cases in Southern Baptist churches, including several in which alleged perpetrators remained in ministry.

The recent wave of pushback includes a letter signed by 25 Southern Baptist pastors in South Carolina. They called on the Executive Committee to submit to a thorough, independent assessment and said they plan to consider directing their churches' financial support of the committee elsewhere if it does not comply.

"This work necessitates waiving attorney-client privilege — as the messengers directed — in order to unequivocally support a transparent investigation, engender trust from the churches and messengers, and, most importantly, show Christ-like love to victims of sexual abuse," says the letter, posted Thursday on Twitter.

A statement attributed to an Executive Committee spokesperson said investigators will be given "appropriate access" to documents and the committee thinks the delegates' intentions can be achieved without exposing the SBC to unnecessary damage. They are concerned too many of the statements inaccurately reflect the Executive Committee's motives.

At the national SBC gathering in June, thousands of delegates sent the message that they did not want the Executive Committee to oversee an investigation of its own actions. Instead, delegates voted overwhelmingly to create a task force charged with providing oversight of a third-party review, which will be conducted by investigative firm Guidepost Solutions. The delegates also want the firm’s findings given to the task force and made public ahead of next year’s annual meeting.

The divided Executive Committee has held two meetings with hours of discussion on the investigation. Although it approved allocating $1.6 million for the assessment, the committee has twice delayed finalizing an agreement for the investigation in favor of further negotiations between its officers and task force representatives. Pushback among many Southern Baptists has grown with each deferral.

The task force has urged the Executive Committee to waive attorney-client privilege for the investigation. But attempts to do so have failed to get enough votes during the top panel’s two recent meetings. Some Executive Committee members are wary of taking that step, saying it could jeopardize their insurance policies, while others are concerned about the consequences of not doing what the delegates have asked.

The task force is not budging on the privilege waiver and shared a revised contract Friday, emphasizing the waiver as a priority for the investigation.

"We believe the outcry of Southern Baptists this week has reinforced that position," the task force said in a statement.

In a letter Friday to Southern Baptists, Executive Committee President Ronnie Floyd urged the members of the committee, the task force and Guidepost Solutions to cooperate and "find a way forward together." Floyd wrote that Executive Committee members are weighing how to do their job without harming the SBC.

The Rev. R. Albert Mohler Jr., president of the Southern Baptist Theological Seminary, issued a statement Wednesday saying the question facing the Executive Committee is not whether to comply with the delegates’ mandate, but how.

"This is not just a matter of sentiment, it must be a matter of action, and time has run out," said Mohler, who leads the SBC's flagship seminary in Louisville, Kentucky.

The board of trustees and officers of the Baptist State Convention of Michigan also spoke out. They passed a resolution this week calling on the Executive Committee to abide by the delegates' terms, including waiving attorney-client privilege.

The Rev. Jerome Taylor, recording secretary for the Michigan convention, said he supported the resolution because "the voice of the messenger is so much of a primary emphasis in our polity and how we believe church governance should go." Taylor said the investigation is about justice and prevention as well as kindness and care for those harmed.

The Rev. Grant Gaines, the Tennessee pastor who proposed creation of the task force in June, told The Associated Press any investigatory agreement must include waiving privilege and an unredacted report of the findings. Gaines and several other Tennessee pastors also signed a letter urging the Executive Committee to act.

The Executive Committee is expected to meet again next week.

Associated Press religion coverage receives support from the Lilly Endowment through The Conversation U.S. The AP is solely responsible for this content.