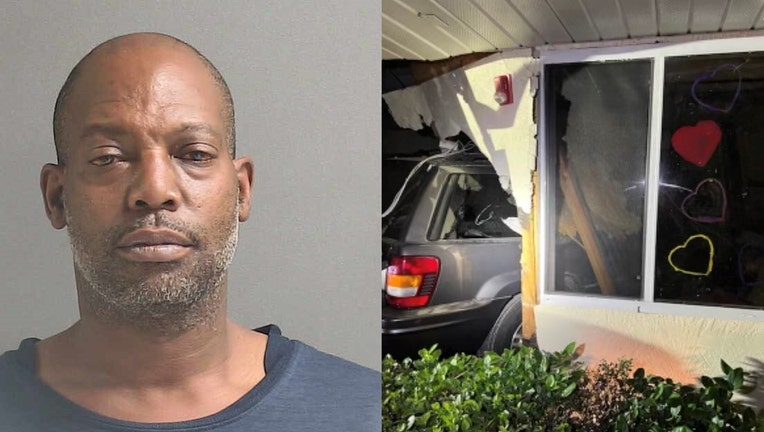 DELTONA, Fla. - A Deltona man is facing a DUI charge after crashing into a daycare facility late at night.

According to the Volusia County Sheriff's Office, deputies responded to the La Petite Academy on Deltona Blvd. around 11:20 p.m. Thursday night.

"A witness told deputies he saw the Jeep swerve off the road, through some trees and into the building," the sheriff's office said. "He pointed deputies to the driver, who had climbed out of the vehicle and was wandering around the parking lot."

There were no children or staff in the building at the time.

Doty was given a field sobriety test, which he did not pass, deputies said. Two breath tests administered about an hour and a half after the crash read 0.225 and 0.214.

Doty was also charged with indecent exposure after urinating on the floor of the District 4 holding cell. He was transported to the Volusia County Branch Jail with a bond of $1,500.