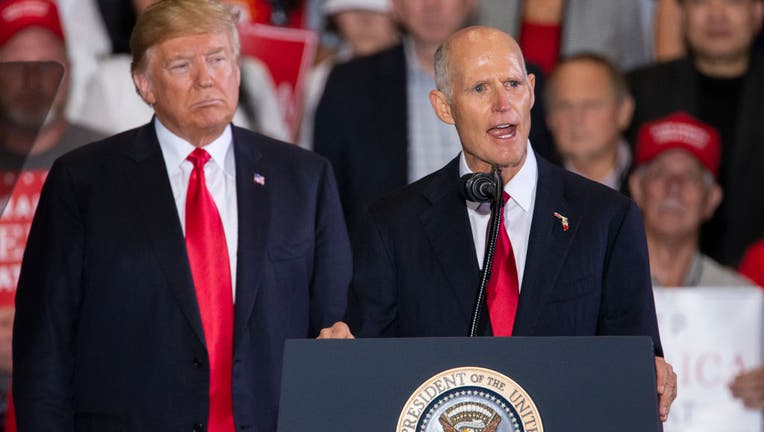 TALLAHASSEE - Florida U.S. Sen. Rick Scott on Friday asked President Donald Trump to attend the Jan. 20 inauguration of President-elect Joe Biden and Vice President-elect Kamala Harris to demonstrate "the peaceful transfer of power to our people and to the world."

Scott, a Republican, issued a prepared statement after Trump announced he wouldn’t attend the event.

"I am urging the president to reconsider his decision to skip the inauguration of Joe Biden and Kamala Harris," Scott, chairman of the National Republican Senatorial Committee, said. "He is, of course, not constitutionally required to attend and I can imagine losing an election is very hard, but I believe he should attend."

Scott, a former Florida governor, said he plans to attend the inauguration and that he believes "it is an important tradition that demonstrates the peaceful transfer of power to our people and to the world."

Trump announced on social media Friday that he would not attend the inaugural, breaking what has been a tradition for more than a century of a president attending the swearing-in of his newly elected replacement.

"To all of those who have asked, I will not be going to the Inauguration on January 20th," Trump tweeted. Speaking to reporters Friday, Biden said he and his predecessor agree on the issue.

RELATED: President Trump says he 'will not be going' to Biden inauguration

"He’s embarrassed us around the world," Biden said.

Until Thursday, Trump, who has relocated his official residence from New York City to Palm Beach, hadn’t acknowledged plans to leave office on Jan. 20. In 2019, Scott delayed by nearly a week his swearing-in as a U.S. senator to complete his term as Florida governor.

Scott attended the swearing-in of Gov. Ron DeSantis, a fellow Republican, but left before the ceremony was completed. Scott flew that day to Washington, D.C. to be sworn-in and to attend a fundraiser hosted by his political committee.