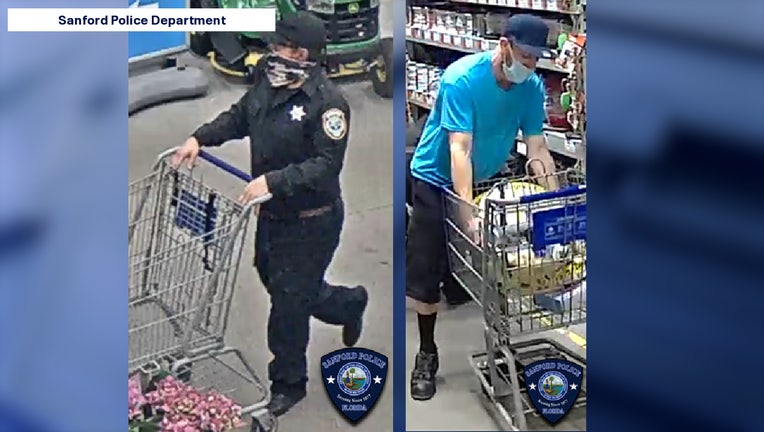 SANFORD, Fla. - Officers in Sanford are seeking to identify two people accused of stealing $4,000 worth of wire from a Lowe's Home Improvement store.

The incident happened on April 23 at 9:45 p.m., according to the Sanford Police Department.

The department shared surveillance photos of the two on Twitter Tuesday afternoon. One of the people pictured has a patch on their shirt.

Police said they were unable to get a positive identification from local agencies on the patch. "It is possible the patch is an old style," Sanford police said in a statement on Twitter.

If you recognize the two people, contact the police department.