Lucas, an African penguin, walks around in his fitted boots after developing lesions on his feet due to a chronic condition known as bumblefoot.

SAN DIEGO - A member of the San Diego Zoo's African penguin colony has been fitted with orthopedic footwear to help it deal with a degenerative foot condition.

The 4-year-old penguin named Lucas has lesions on his feet due to a chronic condition known as bumblefoot, which covers a range of avian foot problems, the San Diego Wildlife Alliance said Monday in a press release.

If left untreated, bumblefoot could lead to sepsis and death by infection.

The zoo's wildlife care specialists turned to an organization called Thera-Paw, which creates rehabilitative and assistive products for animals with special needs. 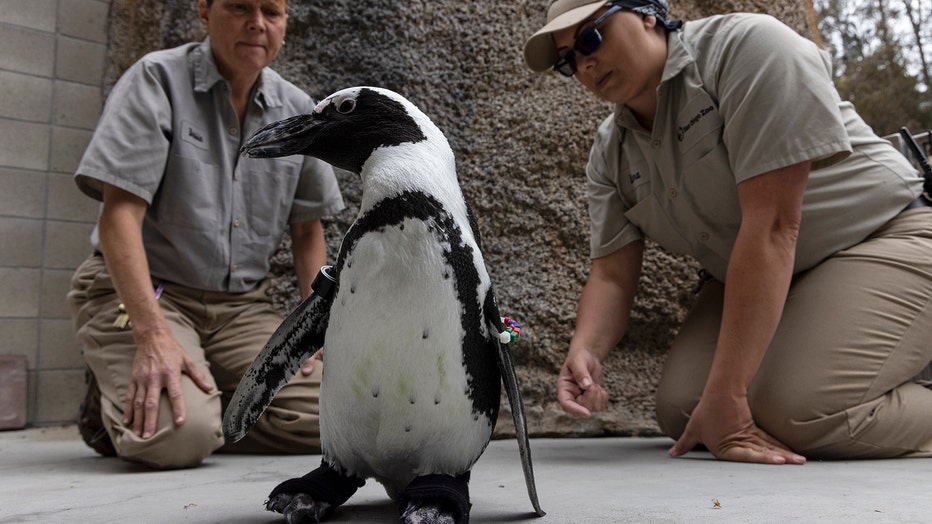 Thera-Paw created custom shoes made of neoprene and rubber to prevent pressure sores from developing when Lucas stands and walks.

The penguin's problems began more than three years ago.

African penguins have suffered a massive population decline and are listed as endangered by the International Union for Conservation of Nature.