Supreme Court Justice Ruth Bader Ginsburg confirmed that she is “cancer-free” after beating the disease for the fourth time. She underwent treatment for pancreatic cancer last summer.

The 86-year-old liberal justice told CNN in an interview in her chambers on Tuesday evening that the intensive radiation treatment for a malignant tumor on her pancreas was successful and that she was now free of the disease.

Ginsburg has faced a slew of hurdles concerning her health, fueling speculation that her possible exit from the court could provide an opportunity for President Trump to appoint a third justice to the bench. However, she consistently has slapped down any notion that her departure from the nation's highest court was imminent, insisting that she'd like to remain on the bench until she's 90 years old. 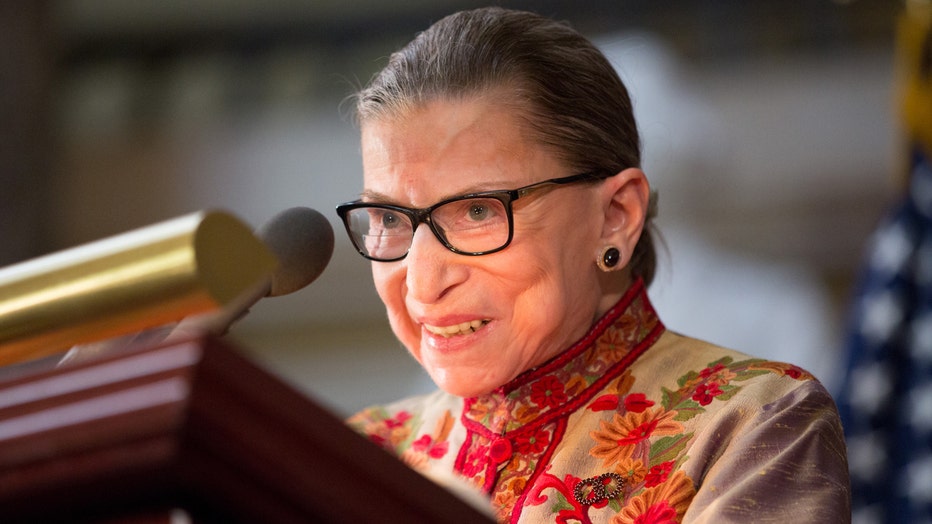 Ginsberg cancer treatment over the summer came just months after she had lung-cancer surgery the previous December, when part of her left lung was removed. While recovering from surgery, she missed arguments at the court in January, her first illness-related absence in over 25 years as a justice.

She also suffered from colorectal cancer in 1999 and pancreatic cancer once before in 2009.

Ginsburg – affectionately known as RBG – was nominated to the high court by President Bill Clinton in 1993. The 86-year-old has become an icon for the liberal left and for the Trump resistance.

Before he won the election, Ginsburg called Trump a “faker” in a July 2016 CNN interview and faulted him for failing to disclose his tax returns -- as is custom for presidential candidates.