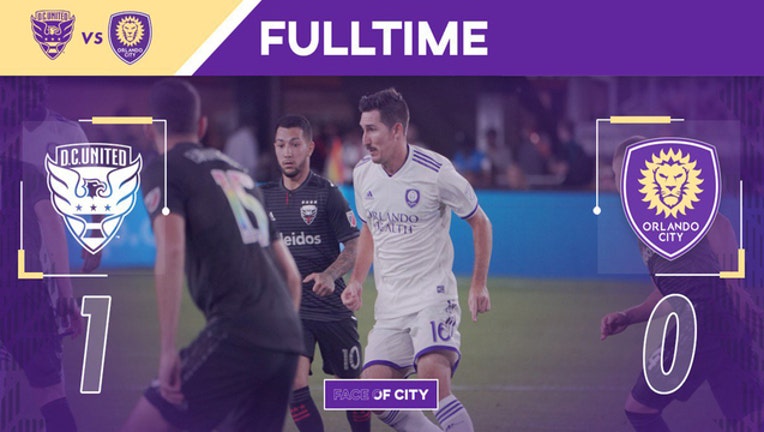 WASHINGTON (AP) - Wayne Rooney sent a 70-yard shot over the outstretched hand of goalkeeper Brian Rowe in the 10th minute and D.C. United held on for a 1-0 victory over Orlando City on Wednesday night.

Rooney took advantage of an Orlando giveaway in its attacking half, looked up to see Rowe out of his area and hammered it to the goal line.

Bill Hamid made three saves to get his eighth shutout of the season.

In the first matchup of the season, Rooney set up a goal and scored directly from a free kick to help D.C. United win 2-1 on March 31 in Orlando.