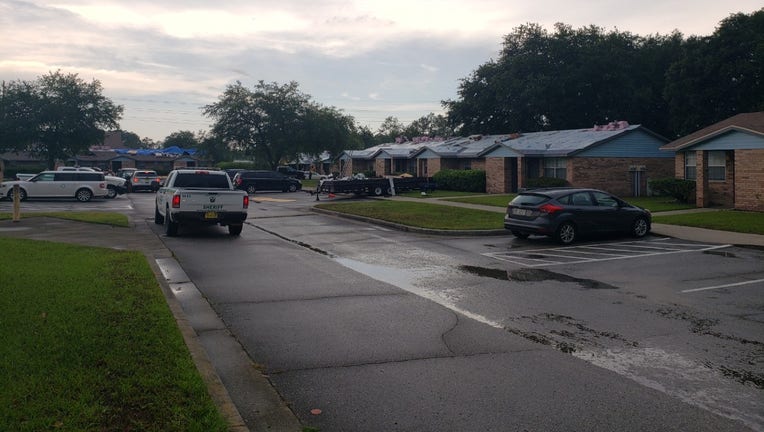 CLAY COUNTY, Fla. - A roofer was struck by lighting during an afternoon storm in Clay County, a spokesperson for Clay County Fire Rescue says.

Annaleasa Winter says crews responded to a call at 2:40 p.m. on Thursday about a possible electrocution in Middleburg, which is southwest of Jacksonville. When they arrived at the Middleburg Bluff Apartments, they discovered three people were injured connected to a lightning strike.

Three workers were on the roof when one was struck by lightning and went into cardiac arrest. Paramedics initiated CPR and transported the patient to the trauma center at Orange Park Medical Center. Two others were taken to the hospital for minor injuries related to a fall from the roof and dizziness.

Officials have not released the names or ages of the victims.