Sirhan Sirhan, the man convicted of assassinating Sen. Robert F. Kennedy in 1968 , was granted parole Friday on his 16th attempt.

At a hearing Friday, Kennedy’s sons told a California parole board they supported Sirhan’s release. Paul Schrade, who was wounded in the shooting, also spoke in favor of his release, according to the Associated Press.

Prosecutors declined to attend and argue for Sirhan to remain behind bars.

"I would never put myself in jeopardy again," Sirhan said. "You have my pledge. I will always look to safety and peace and non-violence."

The panel’s ruling will now be reviewed by the California Parole Board’s staff over the next 90 days. It will then head to the governor, who will have 30 days to determine whether to grant, reverse or modify it.

Douglass Kennedy, the youngest son of Robert F. Kennedy who was just a toddler at the time of his father’s death, told the two-person panel that he was moved to tears by Sirhan’s remorse and agreed with his release if Sirhan is not a threat to others.

"I’m overwhelmed just by being able to view Mr. Sirhan face to face," he said. "I think I’ve lived my life both in fear of him and his name in one way or another. And I am grateful today to see him as a human being worthy of compassion and love." 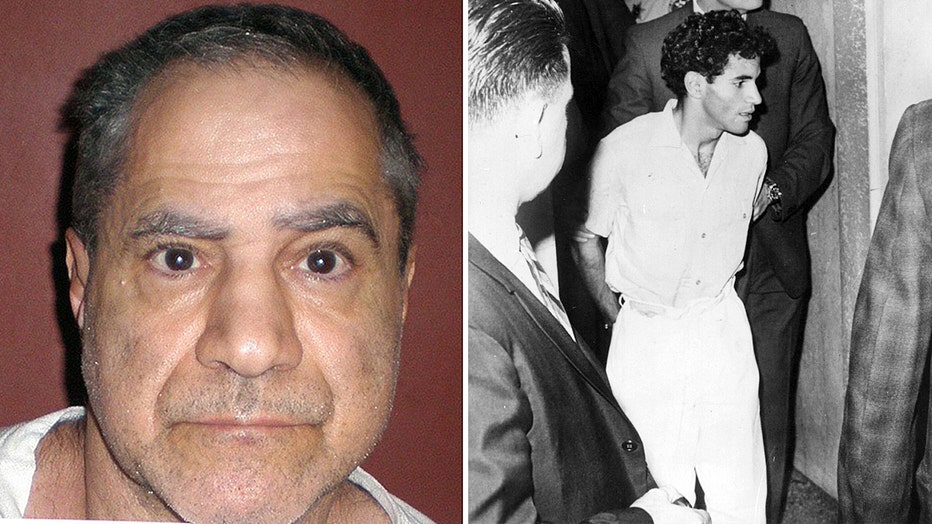 Six of Kennedy’s nine surviving children said they were shocked by the vote and urged Gov. Gavin Newsom to reverse the parole board’s decision and keep Sirhan behind bars.

"He took our father from our family and he took him from America," the six siblings wrote in a statement late Friday. "We are in disbelief that this man would be recommended for release.

RFK's children responds to their father's assassin being granted parole

Robert F. Kennedy was a New York senator and the younger brother of President John F. Kennedy. At the time of his death, he was in the middle of a presidential campaign of his own.

He was fatally shot at the Ambassador Hotel in Los Angeles on June 6, 1968, just moments after delivering a victory speech in the California primary.

Sirhan was convicted of first-degree murder and sentenced to death, but that sentence was commuted to life in prison when California briefly outlawed capital punishment in 1972.

Instead, Sirhan has been imprisoned for 53 years.

Sirhan, a Christian Palestinian from Jordan, has said he doesn’t remember killing Kennedy but does recall being furious with him for supporting Israel.

If released, Sirhan hopes to be deported back to Jordan or allowed to live with his brother in Pasadena, California.