APOPKA, Fla. (WOFL FOX 35) - Who would steal a hand carved cross from a 13-year-old girl’s roadside memorial? Family and friends of the victim want answers.

They recently noticed the cross, honoring 13-year-old Trinity Bachmann, had been taken from the Apopka accident site.

“I was raised you don’t steal things, especially from the dead,” said Bachmann’s sister, Ana Cruz.
The memorial sits along Christiana Avenue, near where the teen was killed in 2015.

Now, flowers and a stuffed animal are all that remain.

“It just made me think of that entire day all over again,” Cruz said about the theft.

Police say Bachmann was sitting in the street after an argument with her family. They say her mom was trying to get her safety when they were both hit by a drunk driver. The young teen didn’t survive.

“Just knowing that we made this for her and we know she would have loved it. It means the world to me. It just breaks my heart that someone would take it,” Bachmann’s friend Emily Hall, who witnessed the crash, said.

“They go from tossing it to stealing it,” Cruz said. “It’s escalating. It’s mind boggling to think, why are you so angry? And if you are, why mess with a dead little girl’s memorial?”

Family and friends are begging for the person who took the cross to bring it back. They say they’ll take it back in any shape, no questions asked.

“As of now, I don’t even care if it’s broken into pieces. More just the respect - if they could just bring it back,” Cruz said.

Bachmann’s loved ones say they noticed the cross had disappeared Sunday but they’re not sure when it was taken. Cruz filed a report with Apopka Police. 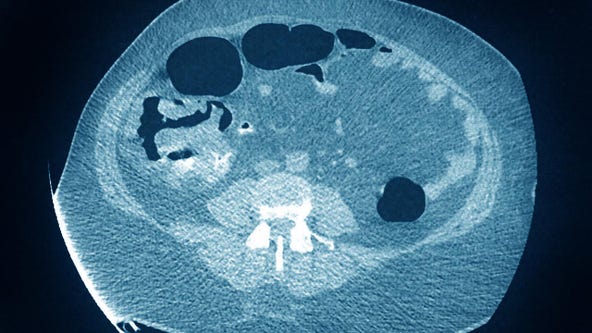