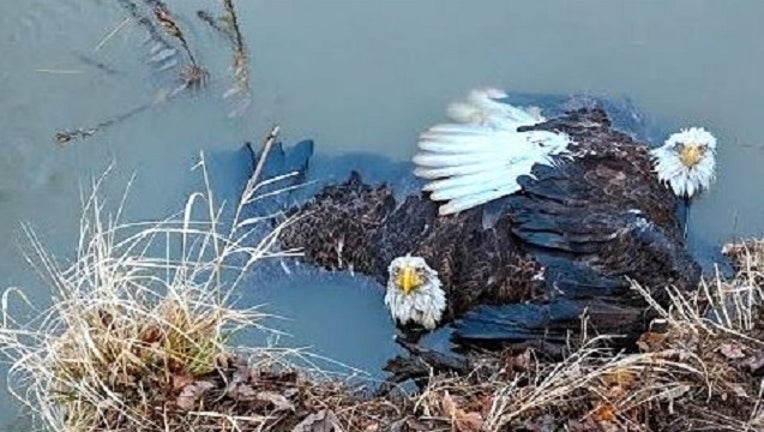 BLOOMSBURG, Pa. (AP) - Two bald eagles with their talons locked were rescued from a Pennsylvania river.

Pennsylvania Game Commission says in a Wednesday Facebook post a woman and her 11-year-old daughter saw the two mature, male eagles floating along the banks of the Susquehanna River near Bloomsburg and contacted police.

Columbia County Game Warden Rick Deiterich says the eagles were likely fighting in the sky over territory and dropped to the ground, where they tumbled into the water.

Deiterich estimated the birds were in the cold water for more than two hours, and their muscles had locked up, preventing them from releasing their talons.

They used snare poles to lift the eagles out. They were dried off and taken to a fire department building.

After an hour of warming up, the birds released their hold and flew off.