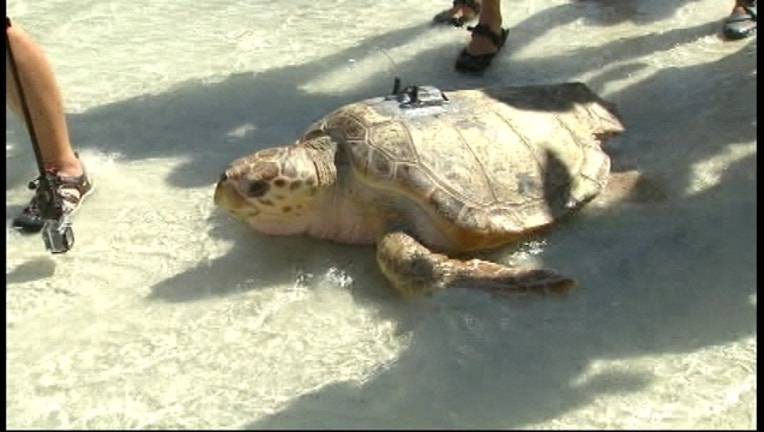 TALLAHASSEE - TALLAHASSEE, Fla. (AP) — Florida wildlife officials say there have been a record number of green sea turtle nests around the state this year.

The counts represent about 68 percent of green turtle nesting statewide.

Loggerhead sea turtles, which are the most prevalent sea turtle species on Florida's shores, accounted for 52,647 nests on index beaches this year.