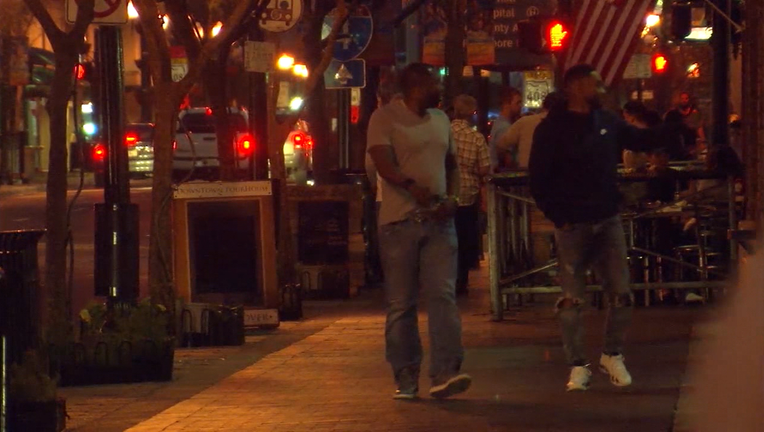 TALLAHASSEE, Fla. - As Gov. Ron DeSantis begins to slowly reopen the state, recommendations issued by a task force offer a glimpse into what Florida could look like as it emerges from the coronavirus shutdown. Full report in PDF form at bottom of article.

The task force recommendations offer a blueprint for reopening the state economy, but DeSantis is not bound to follow them.

RELATED: Which businesses will and will not reopen on Monday, May 4

Touting a “small, deliberate, methodical” approach to reopening the state, DeSantis said his decisions to reopen will be based on data and facts. But he hopes the next step will take place in weeks --- not months.

But DeSantis maintained there is no timetable for when the second phase of reopening will happen.

Theme parks --- a critical part of  Florida’s tourism industry --- “may consider re-opening with capacity limits, strict social distancing and proper measures to clean and disinfect,” under the phase-two recommendations from the task force, whose members included executives from Walt Disney World and Universal Orlando Resort.

DeSantis has prevented people from renting vacation properties because of concerns visitors would bring the coronavirus into the state. The task force would still impose restrictions on vacation rentals during the second phase. For example, hosts would only be allowed to rent to Florida residents and would be banned from accepting reservations from international travelers or from visitors who live in cities that are known hotspots for COVID-19, the illness caused by the coronavirus.

Hotels, motels, resorts and time-share projects would not be subject to the same restrictions as vacation rentals.

By the time the third phase comes around, the task force recommended local governments should return to in-person meetings after being allowed to meet in conference calls and video conferences to prevent spread of the virus. Also in the third phase, the task force recommended allowing bars, gyms, restaurants and nightclubs to operate at full capacity, theme parks to return to normal operations with “limited social distancing protocols” and vulnerable people to be allowed to “resume public interactions while practicing social distancing.”

Restaurants should also throw away paper menus after customers touch them and nail salons should not allow magazines or newspapers in service areas in phase three, the task force recommended.

Schools, state colleges and universities shut down their campuses in March and are providing online education for the rest of this academic year. While the task force did not set a plan for schools or universities in the second and third phases of the recovery, it said the education system should develop plans to resume “on-campus learning, full-time” next academic school year.