FOX 35 meteorologist Allison Gargaro has a look at your forecast.

Former Cup Series champions Brad Keselowski and Martin Truex Jr. as well as front-row qualifier William Byron are among those forced into backup cars because of issues in the duels Thursday night. Erik Jones, Chase Briscoe, Kaz Grala, Anthony Alfredo, Cole Custer and Ross Chastain also switched cars and will have to start Sunday’s race from the back of the 40-car field along with Keselowski, Truex and Byron.

"I think we proved as an industry last year that track time was a little overrated," said David Wilson, head of Toyota Racing Development. "These are professional-caliber sporting organizations and the expectation is they show up to the arena, to the racetrack, prepared to race.

"Obviously, the 500 is wrapped around a lot of tradition, and we all love that and we’re grateful that we have a little bit of track time for the guys that get their hands dirty. They always like to be able to get out there on track and make sure that everything is running as it should."

NASCAR had two practice sessions scheduled for Saturday, one in the morning and the other in the afternoon. Heavy rain soaked the track early, though, prompting officials to shift gears before the Xfinity Series opener later Saturday. An ARCA series race also was scheduled for the middle of the day. 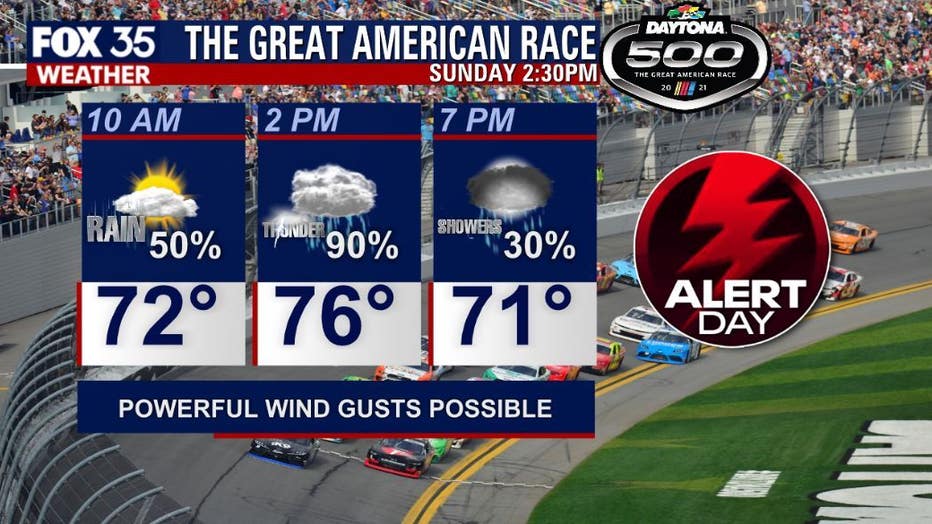 The sessions would have provided two hours of seat time for drivers who have gotten little since the start of the coronavirus pandemic last year, a final chance for crews to fine-tune engines and check for fluid leaks and vibrations before NASCAR’s signature event.

RELATED: Going to the Daytona 500? Here's what you need to know

Pole-sitter Alex Bowman avoided an engine swap and keep his prime starting spot. Bowman’s team thought it had an engine issue during the first of two qualifying races, but crew chief Greg Ives said Saturday it turned out to be something less problematic.

One of his Hendrick Motorsports teammates wasn’t as fortunate. Byron will slide into his backup and hope for the best.

"I’m still confident in the backup car the guys brought us," said Byron, adding that it’s the car he drove to victory lane at Daytona last August to slip into the playoffs. "It’s been fast every time it’s been on track, and I think it will be again when we get to the race. ...

"Obviously, we didn’t want to go to a backup car, but I think we’re still in a really good place for the 500. We’ll definitely be good to go."