Davante Adams #17 of the Las Vegas Raiders catches a pass for a touchdown as Rashad Fenton #27 of the Kansas City Chiefs defends during the first quarter of the game at Arrowhead Stadium on October 10, 2022 in Kansas City, Missouri. (Photo by David E

Las Vegas Raiders receiver Davante Adams has been charged with misdemeanor assault for shoving a photographer to the ground as he left the field following a loss at Kansas City.

Kansas City, Missouri, police said Adams pushed Ryan Zebley to the ground while running off the field following the Raiders' 30-29 loss to the Chiefs at Arrowhead Stadium on Monday night. Police called it an "intentional, overt act" that caused whiplash, a headache and a possible minor concussion.

Adams apologized in his postgame comments to the media and later on Twitter.

"He jumped in front of me coming off the field. I kind of pushed him. He ended up on the ground," Adams said after the game. "I want to apologize to him for that. That was just frustration mixed with him really just running in front of me. 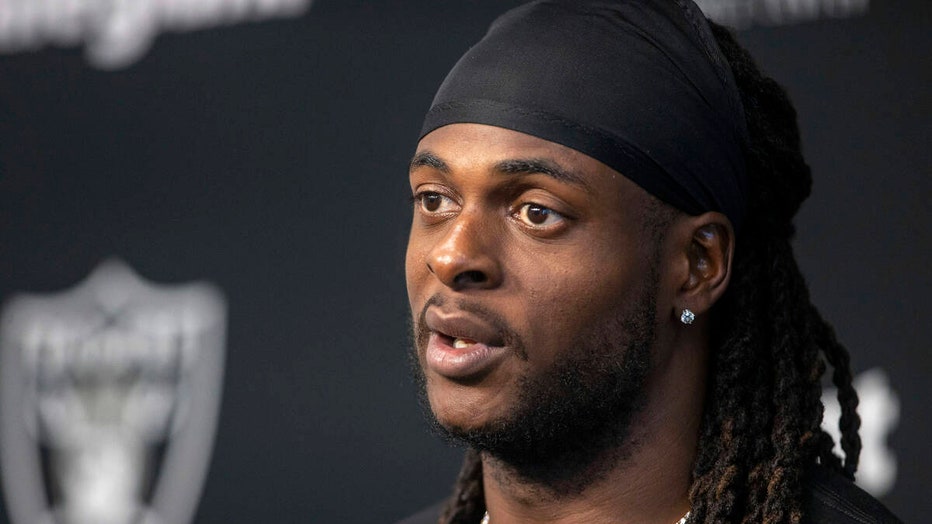 "I shouldn’t have responded that way, but that’s the way I responded. I want to apologize to him for that."

The NFL is also investigating Adams' actions. A person familiar with the process told The Associated Press on Tuesday that Adams could face possible punishment, including a fine or suspension.

Raiders coach Josh McDaniels said Tuesday that he supports Adams and will cooperate in any investigation.

Adams had three catches for 124 yards and two touchdowns in the game. He has 29 catches for 414 yards and five TDs so far in his first season with the Raiders.