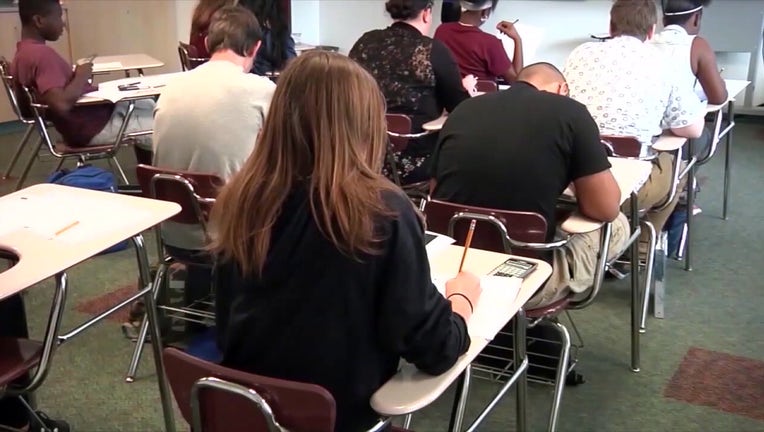 TALLAHASSEE, Fla. - The Florida Senate on Thursday passed a bill that would restrict how race-related issues can be taught in public schools and in workplace training sessions, giving final legislative approval to an outgrowth of Gov. Ron DeSantis' fight against critical race theory.

An emotionally raw debate that played out over two days in the Senate centered on whether the bill lives up to the "Individual Freedom" title given to it by its sponsors or whether it seeks to obscure the uglier parts of American history and stifle the speech of teachers and businesses.

Ultimately, the Republican-dominated Senate approved the bill (HB 7) in a 24-15 vote along party lines Wednesday, preparing the proposal for action by DeSantis. The House passed the bill last month in a 74-41 party-line vote.

Under the measure, school instruction would constitute discrimination if it "compels" students to believe certain concepts that are spelled out in the bill.

For example, instruction would be labeled discriminatory if it led a person to believe that they bear "responsibility for, or should be discriminated against or receive adverse treatment because of, actions committed in the past" by people of the same race or sex.

The measure also takes aim at instruction that would cause students to feel "guilt, anguish, or other forms of psychological distress" because of past actions by members of the same race, sex or national origin.

Bill sponsor Manny Diaz, R-Hialeah, defended the bill from criticism that it is part of an attempt to water down history.

"Nowhere else in the world, no other system, allows that opportunity without regard for where you came from, what you look like, through education. And our education system in this state, again while not perfect, provides that opportunity for our students. But when you’re in that classroom and you’re teaching these lessons … as the teacher, you should never know my politics. You should never know where I stand on those issues," said Diaz, noting that he is a former educator who taught history courses.

But Black Democratic senators made impassioned arguments against the plan, focusing on the part of the bill that deals with schools.

"The bill is all about trying to blot out history. It’s also about fear. Not fear of someone feeling guilt, but fear of our young people coming together to tear down walls of division that some people want to keep up," Sen. Audrey Gibson, D-Jacksonville, said.

Democrats also argued that the bill is part of an attempt by Republicans throughout the country to rewrite the nation’s past.

"This is a continuation of a national agenda to whitewash history, all because we don’t want white children to feel uncomfortable?" Sen. Shevrin Jones, a West Park Democrat who is Black, said.

The measure doesn’t specifically mention critical race theory, which is based on the premise that racism is embedded in American society and institutions. But the bill came after DeSantis last year announced a legislative proposal that he billed as an effort to weed the theory out of classrooms and businesses.

DeSantis, who is widely viewed as a top contender for the Republican presidential race in 2024, called the proposal the "Stop Wrongs Against Our Kids and Employees Act," or Stop WOKE Act.

Sen. Janet Cruz, D-Tampa, argued that the measure is misguided in trying to prevent teaching of the theory.

"This bill reflects the gross misunderstanding of critical race theory. … CRT stands for the belief that instruction on the history of our country would be incomplete without understanding the real oppression of individuals because of the color of their skin," Cruz said.

But Diaz said that, while American history has "blemishes" and "warts," an aspiration to strive for equality also is baked into the nation’s past.

"I challenge the members of this Senate to find another place in this world, to find another system of government, that is better," said Diaz, noting that his family came to America in the 1960s to flee communism in Cuba.

The bill also would label workplace training exercises discriminatory based on a similar set of factors.

The measure takes aim at training sessions that would compel an employee to believe, for instance, that one’s "moral character or status as either privileged or oppressed is necessarily determined by his or her race, color, sex, or national origin."

Democrats maintained that the bill would leave businesses vulnerable to lawsuits and dissuade young professionals from coming to Florida to work.

"This is not the kind of atmosphere that will increase our economic development or bring us forward to make us one of the top business-friendly states in the nation. For that reason, for the reason of humanity and, again, creating kind, tolerant, loving adults, this bill is all wrong," said Sen. Tina Polsky, D-Boca Raton.

But Diaz argued that the proposal is intended to prohibit employees from being told, as the bill says, that a person "bears responsibility for" actions of the past.

"My assurance and my intention in this (bill) is to improve the conversations in our classrooms and our workplace, to provide those trainings, to provide those lessons, without imposing responsibility on someone who did not commit the act," he said.