The Mississippi Department of Archives and History has received more than 2,700 submissions for determining the state's new flag.

JACKSON, Miss. (AP) - Magnolias and stars. Crosses and guitars. Beer cans and crawfish. A Gulf Coast lighthouse. Elvis Presley and Kermit the Frog. All appear on proposals the general public submitted for a new Mississippi flag.

Mississippi recently retired the last state banner with the Confederate battle emblem that’s widely condemned as racist. A nine-member commission will design a replacement that cannot include the Confederate symbol and must have the phrase, “In God We Trust.”

The public submitted nearly 2,700 proposals, which were posted Monday to the Mississippi Department of Archives and History website.

By early September, commissioners will agree on a single design to put on the Nov. 3 statewide ballot. The commissioners — who were appointed by the governor, lieutenant governor and House speaker — could accept one of the public submissions, combine elements from different designs or start from scratch and draw their own.

An expert, Clay Moss, told commissioners last week that the best flag designs are simple and distinctive. He cited the Texas flag as a good example: The lone-star design is easy to draw and easy to recognize.

Some of the public submissions in Mississippi achieved simplicity. Others were complicated with squiggles, lots of stripes and flourishes including ivy, eagles, ducks, mockingbirds, deer, bees and catfish. 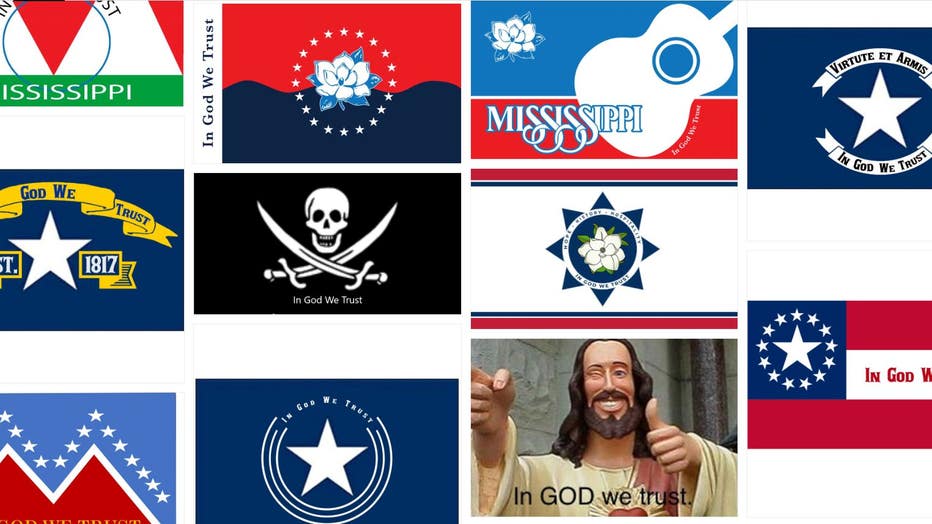 Some designs looked professional in their presentation. Others were hand-drawn with crayons or pencils.

Some protested the religious slogan requirement. One was a white rectangle with four phrases in black letters:

“In Yaweh we trust"

“In God we trust”

“In Allah we trust”

“no establishment of religion.”

Mississippi had used the same Confederate-themed flag since 1894, when white supremacists in the Legislature set the design amid backlash to political power that African Americans gained during Reconstruction. People who voted in a 2001 election chose to keep the flag, but the symbol remained divisive in a state with a 38% Black population.

Mississippi has faced increasing pressure to change its flag since protests against racial injustice have focused attention on Confederate symbols.

All eight of Mississippi’s public universities and a growing number of cities and counties stopped flying the state flag in recent years.

For decades, Mississippi legislative leaders said they couldn’t find consensus in the House and Senate to change the banner. Republican Tate Reeves was elected governor in 2019 after saying that if the flag were to be reconsidered, it should only be done in another election.

Momentum shifted in early June, after the May 25 killing of George Floyd by a Minneapolis police officer. The Black man's death sparked global protests against racial injustice and reinvigorated debates about Confederate symbols. Within weeks, leaders from business, religion and education were lobbying Mississippi legislators to ditch the flag and replace it with a more inclusive design.

Two college sports organizations leveraged their power. The Southeastern Conference said it might bar league championships in Mississippi unless the state changed the flag. The NCAA said that because of the Confederate symbol on the flag, Mississippi could not host events determined by teams' performances, which would affect sports such as baseball, women’s basketball and softball.

Reeves agreed to sign the bill to retire the old flag after it became clear that legislators had the two-thirds majority they would need to override a veto.

If voters accept the commission's proposal, that design will become the new flag. If they reject it, commissioners will draw a new design and that will go on the ballot later. 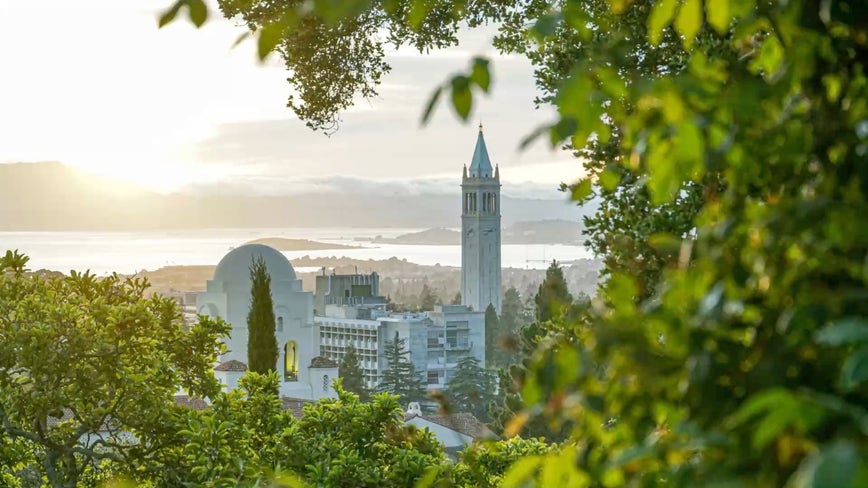 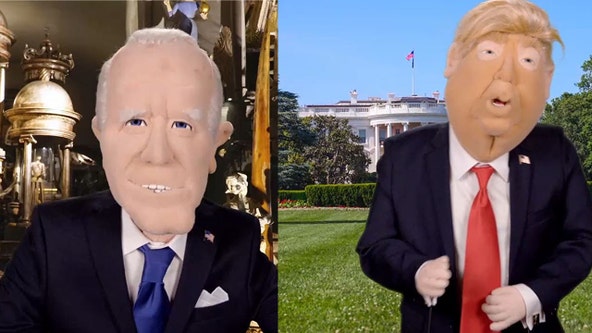 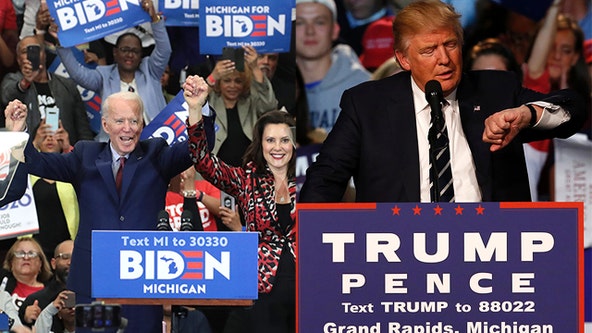