The University of Florida has invited Donald Trump Jr. and Kimberly Guilfoyle, his girlfriend and a senior adviser to President Donald Trump’s 2020 re-election campaign, to speak on campus next week. Now, protesters are planning a demonstration.

On Thursday night, Trump Jr. will speak at the Gainesville campus as part of the ACCENT speakers series. According to students on campus, the free tickets to that speech have all been given out.

The event quickly became controversial as some UF students expressed concern over the $50,000 price being paid by the campus for the speech. In a statement last week, representatives for the university said that cost comes out of student activity fees which are separate from tuition.

Still, the cost for a speaker with active political ties isn’t sitting well with some. At least two groups at the university say they plan to protest the event Thursday to counter Trump Jr.’s message and to speak out against the funding for the speech. One of those groups is No Nazis at UF -- the group that became known after leading the protest when white nationalist Richard Spencer spoke on the campus in 2017. The protest inside the building during that event essentially drowned out Spencer’s speech. 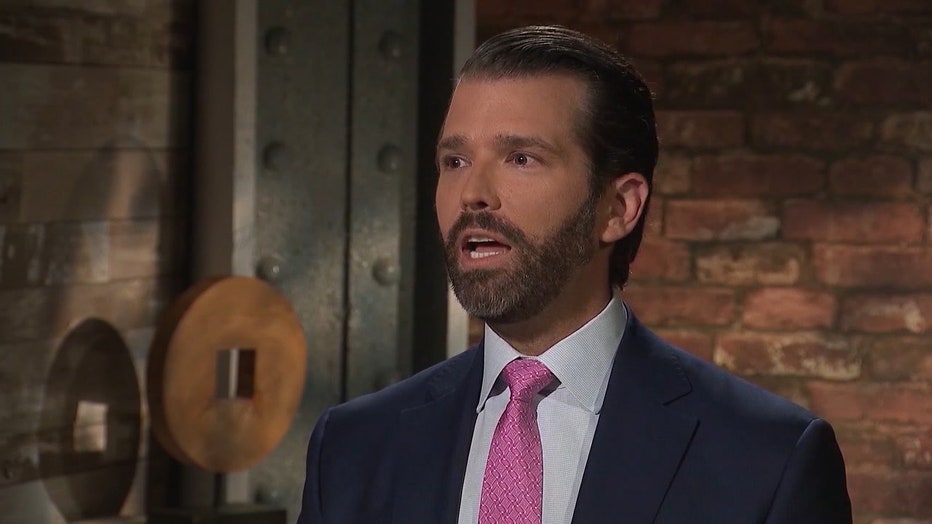 Ashley Nguyen, a member of that group said some of their members have tickets to the speech, but that they will protest outside the event to make their voices heard.

"This is another political campaign stop in effect for Donald Trump 2020,” said Nguyen.

Nguyen said No Nazis at UF is demanding that both the student body president and the school’s president resign over the situation that they feel is a misuse of student funds. They are encouraging others who feel that way to protest with them on Thursday.

"We don't really see another option because our demands have fallen on deaf ears,” said Nguyen.

However, others are looking forward to the scheduled speech on Thursday. Last week, college republicans told FOX 35 that the event would be an opportunity for many to hear a different viewpoint and one from an important figure in the President’s son.

“This isn’t UF funding Donald Trump’s campaign or Don Jr.; it’s them paying them to have an event to hear the opposite side and bring different ideas and different movements to campus,” said Jared Rossi from the UF College Republicans.

The speech takes place at 7 p.m. on Thursday on UF’s main Gainesville campus.