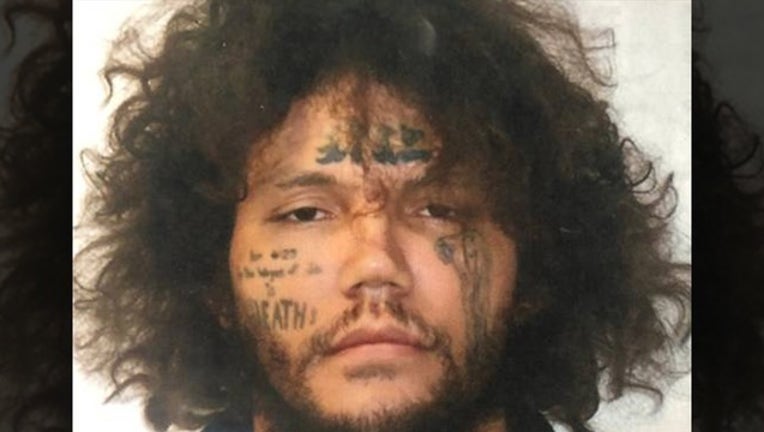 Authorities say John Ireland was found in Oakland Park. He is now back in custody.

Pembroke Pines police are searching for a man covered in tattoos who they said climbed a fence to escape a psychiatric hospital.

Police said the public should be on the lookout for 33-year-old John Ireland. Ireland escaped from the South Florida State Hospital on Wednesday around 4:00 p.m.

According to authorities, Ireland was diagnosed with schizophrenia and has a history of violent behavior. A tattoo on his face appears to be the word 'death.'

Ireland is described as 6-feet, 5-inches tall and weighs around 200 pounds. He was last seen wearing black pants and a black shirt.

Officers conducted an extensive search in the surrounding areas, including K-9 units, but were not able to locate him.

"DO NOT approach him if you see him. Call 911 immediately," police warned.

Publix asks customers not to openly carry guns in their stores