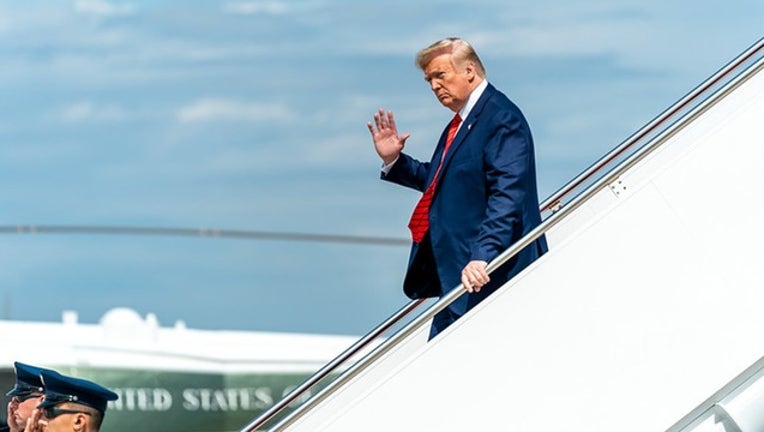 THE VILLAGES, Fla. (FOX 35 ORLANDO) - President Donald Trump will be in the Sunshine State on Thursday.

The President will hold an event at The Villages on Thursday to sign a Medicare executive order.

"From day one, President Trump and his Administration have worked to provide seniors with high-quality, affordable care in the Medicare program and improved options through Medicare Advantage," said a White House official in a press release sent to Fox 35. "These efforts complement the President's work to improve America's healthcare system such as lowering drug prices, expanding access to affordable healthcare coverage options for those left behind by Obamacare, and improving care for Americans suffering from conditions like HIV/AIDS and kidney disease."

Florida Governor Ron DeSantis will be in attendance Thursday as well. He recently announced that he, on behalf of the Republican Party of Florida, is raising money to back President Donald Trump.

RELATED: Impeachment inquiry: Here's what it means and what happens now

The President was supposed to the visit The Villages in August, but the event was postponed in the wake of the shootings at Walmart in El Paso, Texas and Dayton, Ohio. This will be the President's first visit back to Florida since June, when he officially launched his 2020 re-election campaign in Orlando.

President Trump's visit also comes as an impeachment inquiry has been launched against him. It centers on whether Trump abused his presidential powers and sought help from a foreign government for his reelection. Pelosi said such actions would mark a "betrayal of his oath of office."