President Biden delivered remarks on Wednesday and stressed the time is now to act on his infrastructure plan. Biden said that he plans to raise the corporate tax rate and eliminate deductions that corporations are receiving for off-shore jobs.

WASHINGTON (AP) - President Joe Biden released his wish list for the federal budget on Friday, asking for an 8.4% increase in discretionary spending with substantial gains for education, health care, housing and environmental protection.

The request issued by the White House Office of Management and Budget spells out Biden’s top priorities as Congress weighs its spending plans for next year. It’s the first financial outline of Democrats’ broader ambitions since the expiration of a 2011 law that capped discretionary spending.

Roughly a third of the huge federal budget consists of discretionary spending, which is funding for the military, foreign policy and domestic programs set by Congress. The rest of the budget involves mandatory spending that is locked-in each year, such as Social Security, Medicare and Medicaid.

Biden, as vice president, helped strike the 2011 agreement with Kentucky Sen. Mitch McConnell, who will be on the other side of budget talks again as the chamber's minority leader. The compromise was meant to reduce partisan gridlock over an increase to the government’s borrowing authority in return for deficit savings.

The Biden administration believes the caps caused a decade of severe underinvestment in public services that the president is now trying to turn around with large increases that would mostly bypass national security programs. 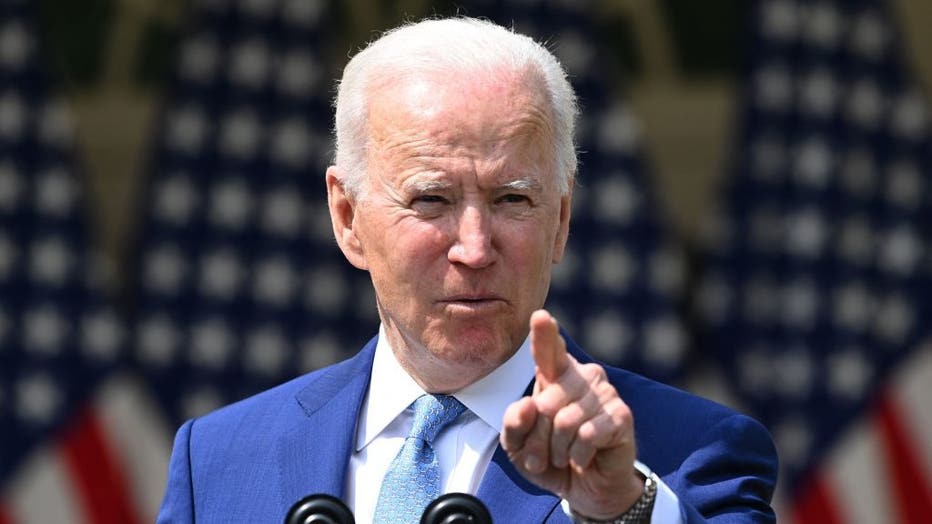 President Joe Biden speaks about gun violence prevention in the Rose Garden of the White House in Washington, DC, on April 8, 2021. (Photo by BRENDAN SMIALOWSKI/AFP via Getty Images)

An administration official, speaking on condition of anonymity to discuss private conversations, said the request would bring spending in line with historic averages. It seeks $769 billion in non-defense discretionary funding, a sum the official said is equal to the 30-year average of spending relative to the overall U.S. economy.

Biden wants to increase the Education Department’s budget 40.8% to $102.8 billion, which includes an additional $20 billion in grants for high-poverty schools.

The Department of Health Human Services would get a 23.1% boost to $133.7 billion. There would be additional funds to combat opioid addiction and for the Centers for Disease Control and Prevention, whose mission took on new urgency in the aftermath of the coronavirus pandemic. The administration is also asking for $6.5 billion to establish a biomedical research agency to address cancer, diabetes, Alzheimer's and other diseases.

Biden is seeking a $14 billion increase across government agencies to address climate change. Housing and Urban Development would get a 15.1% increase to $68.7 billion, primarily to provide housing vouchers for an additional 200,000 families. The administration also seeks more money for civil rights enforcement addressing gun violence as a public health epidemic.

The plan also details how the Biden administration will try to deal with the influx of arrivals at the U.S. southern border. It includes $861 million to invest in Central America to address the forces driving people to migrate to the United States. An additional $345 million would go to immigration services to resolve delays in years-long naturalization and asylum cases. The budget for the Executive Office of Immigration Review would jump 21% to $891 million in order to hire 100 new immigration judges and support teams to reduce the existing backlogs.

The president seeks modest increases for national security. Defense -- the largest department in the discretionary plan -- would get a 1.6% increase to $715 billion. Homeland Security would edge up 0.2% to $52 billion.

Friday’s request does not include plans for tax revenues or mandatory federal spending. Nor does it include the planned spending in Biden’s infrastructure plan.