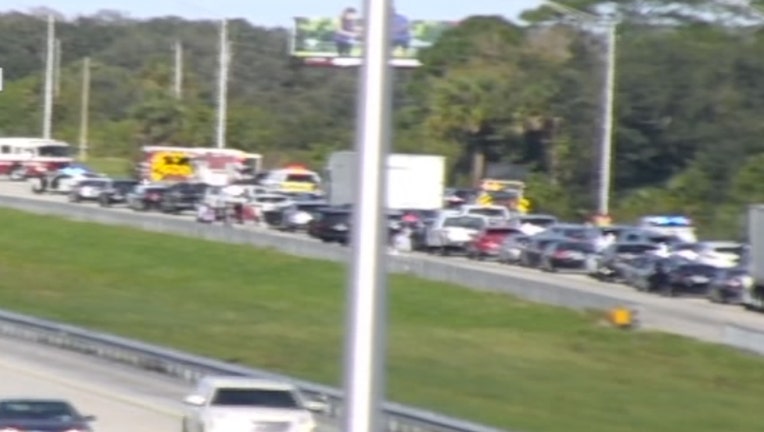 MELBOURNE, Fla. - Several northbound lanes of Interstate 95 were shut down near Melbourne on Wednesday afternoon, due to a crash.

The incident reportedly occurred near mile marker 188, between the exits for U.S. Highway 192 and W. Eau Gallie Blvd. One of the involved vehicles suffered heavy damage.  The Brevard County Fire Rescue said that the crash also resulted in two trauma alerts with entrapment.