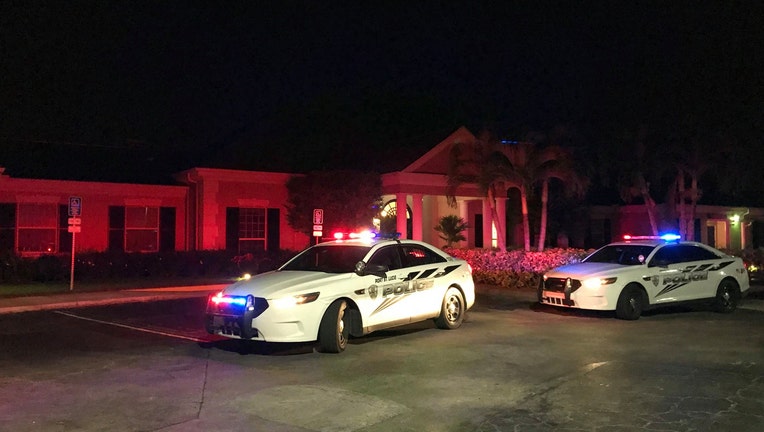 PORT ST. LUCIE, Fla. - The Port St. Lucie Department says that they are investigating a murder at the Tiffany Hall Nursing and Rehabilitation Center.

They said that units went to the nursing home on SE Hillmoor Drive for reports of a 95-year-old male patient being hurt by an unknown male suspect just after midnight on Sunday. They learned that a nurse walked past the patient's room when she noticed an unknown male suspect sitting on top of the patient's chest, holding a pillow over his face. The nurse immediately called for help as she yelled for another nurse to call 911.

The suspect reportedly took off and fled the facility as police were called to the scene.

A perimeter was established and the area was searched, police said. However, the suspect was not located.

The investigation is in its early stages, they confirmed. However, they ask that anyone with any information related to this crime immediately call the Port St. Lucie Police Department at 772-871-5001 or Treasure Coast Crime Stoppers at 1-800-273-TIPS.