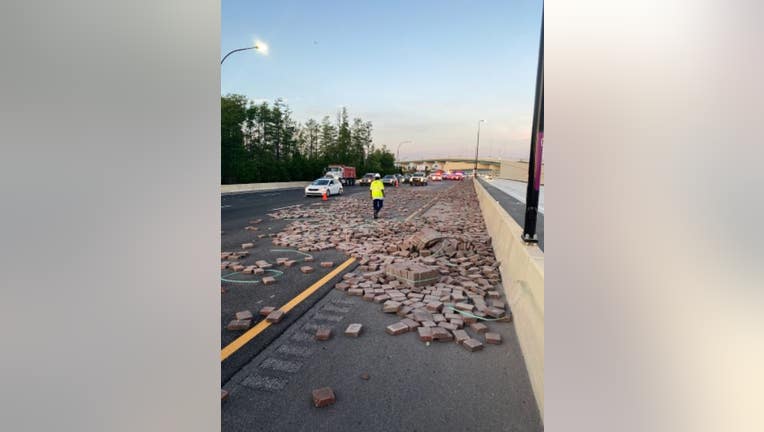 Police in Orlando say pavers fell off a truck Monday morning, causing traffic delays on I-4 East. Photo via the Orlando Police Department.

ORLANDO, Fla. - Multiple brick pavers fell off a truck and onto Interstate 4 East at the Florida Turnpike causing major delays Monday morning, according to police.

The Orlando Police Department shared a photo of the mess just before 7 a.m. on Twitter.

SKYFOX flew over the area where several brick pavers could be seen blocking two eastbound lanes.

Officers closed the eastbound lanes just east of the turnpike as crews worked to pick up the brick pavers.

Eastbound traffic was closed in the area for hours, but reopened after 12 p.m.