Authorities say a driver ran over a protesters foot during a demonstration in Volusia County.

DAYTONA BEACH, Fla. - Daytona Beach police are investigating after a man’s foot was run over at a Sunday protest.

Rell Black said he was at the base of the International Speedway Boulevard bridge, near Beach Street, when the incident happened around 2 p.m.

He said he was moving the crowd off the street when a car drove over his foot and left the scene.

He said he believes the driver did it on purpose.

“She came up to me… She literally drove her car on my foot and laughed,” he said.

He spoke to FOX 35 News on Monday after being released from the hospital with a sprained foot and nerve damage.

He said although it was a painful experience, he didn't want it to take away from the success of the gathering. 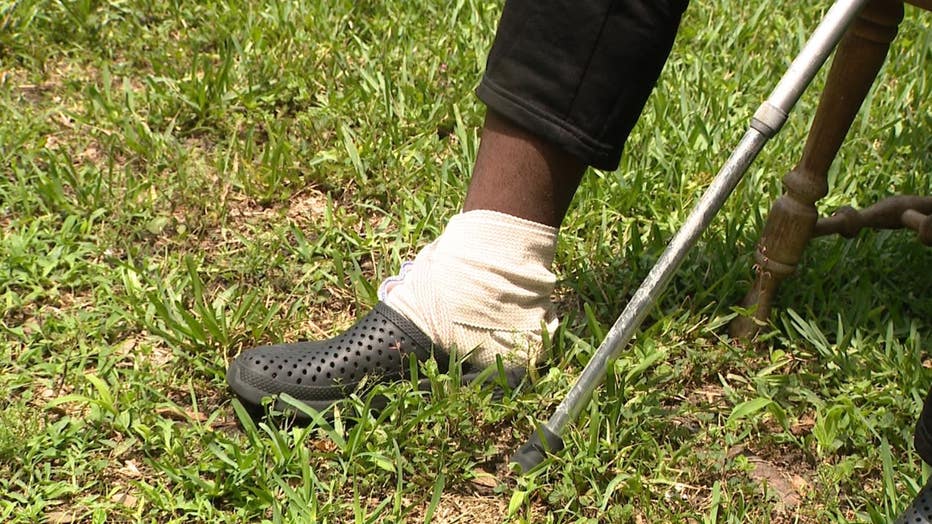 “It was a beautiful thing. It was solidarity. It was unity. It was love. It was passion,” he said.

About 250 people filled the intersection for five hours in honor of George Floyd, who died in police custody.

“All races out there... white, black, Hispanic, Asian -- children of all ages -- old people, young people, everyone was out there yesterday,” he said.

Detectives have been unable to speak to her as she has hired a lawyer, he said.

He said they are reviewing camera footage in the area as they work to determine charges.

In the meantime, Black said he has also hired a lawyer.

“If you didn’t mean any harm, and you didn’t do it intentionally, why not just check on me?” he said.