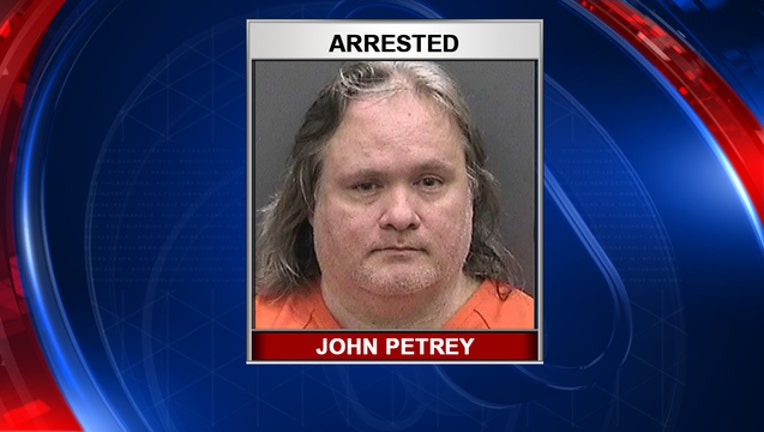 TAMPA, Fla. (FOX 13) - Police in Tampa say a burglary suspect returned to the scene of the crime days later to set his victim’s South Tampa home on fire, almost killing her in the process.

It was early on July 9 when firefighters were called to the home on South Church Avenue. They found the house on fire; the elderly woman who lived there had managed to escape with minor injuries.

A few days later, John Petrey was arrested for dealing in stolen property when he tried to pawn some jewelry that turned out to belong to the arson victim. The rings had been stolen back on July 3, days before the fire.

After that arrest, investigators began looking at Petrey in connection with the arson, too. Ultimately, they say they determined that Petrey went to the house and poured gasoline in the hallway. Then, knowing the woman was asleep in the house, he lit the gasoline on fire.

Police say the blaze quickly flared up, forcing the woman to throw bedding on the flames to escape, suffering a second-degree burn on her foot in the process. The fire also caused $100,000 in damage.