Police: 1 killed when Florida teens take turns shooting at each other while wearing body armor

Two teenagers have been arrested in connection to the shooting death of a 16-year-old Marion County boy.

BELLEVIEW, Fla. - Two teenagers have been arrested in connection to the shooting death of a 16-year-old Marion County boy.

Joshua Vining, 17, and Colton Whitler, 17, were arrested on Thursday. Vining is facing an aggravated manslaughter of a child with a firearm charge. Police say Whitler was arrested on a charge of providing false information to Law Enforcement.

Belleview police say on Sunday, April 3, they responded to SE 52nd Court where the victim, Christoper Leroy Broad Jr., had been shot inside the home. He was taken to the hospital where he died.

Investigators say they discovered evidence to prove that Vining shot and killed Broad. The arrest of the two caught on an officer's body cam.

Teens arrested for shooting of another

Body-worn camera of the arrest of two teenagers accused in the death of another after they were taking turns shooting each other while wearing body armor.

"Through the investigation, it was determined that Vining and Broad were taking turns shooting at each other while wearing a vest which contained a form of body armor. Vining shot at Broad while he was wearing the vest, and he was struck," the police department said.

"I walked out past my truck, and I saw a teenaged boy come out of that trailer next door screaming all hysterical," said Joe Vanhouten, who lives next door and said he woke up to gunshots.

Vanhouten said he knows the teen charged with manslaughter and tells FOX 35 News he thinks Vining was a good kid.

"What I know of him, I mean, I guess you’d say a typical teenager," Vanhouten said. "I know they don’t really realize the consequences of some of the stuff they do."

Whitler, who was initially interviewed as a witness to the shooting, allegedly misled officials with inaccurate information about what took place and who shot Broad. 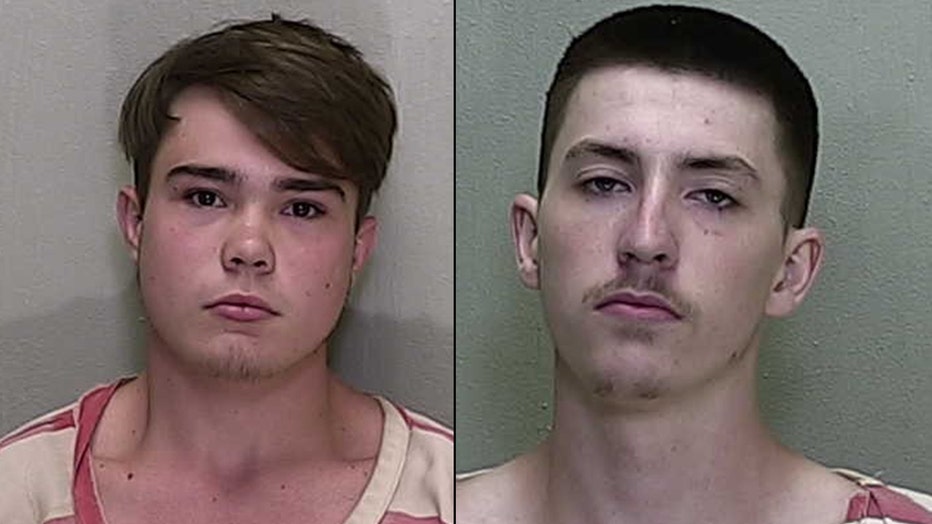 Left to right: Joshua Vining, 17, and Colton Whitler, 17, were arrested on Thursday.

Vining and Whitler are both being charged as adults.