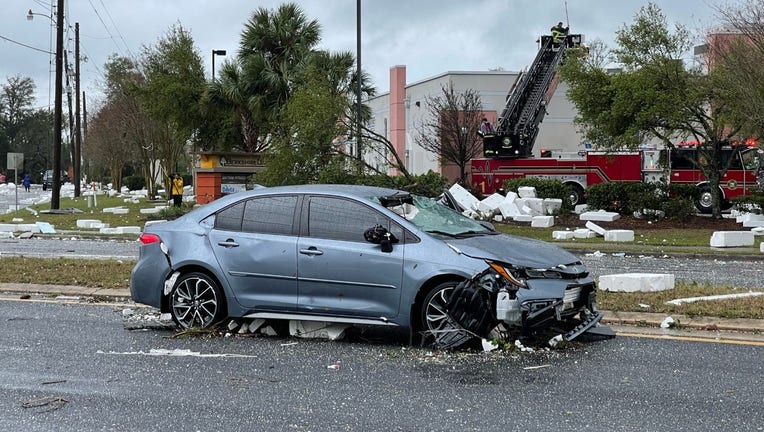 OCALA, Fla. - Lines of severe storms with damaging winds and tornadoes moved through the Southeast during the early morning Saturday toppling trees and damaging homes.

Damage reports stretched from North Carolina to Florida with strong winds being the main culprit for the damage.

One of the hardest-hit areas was Ocala, Florida where emergency management said at least one tornado moved through.

Photos show snapped trees, roof damage to homes, and at least one 18-wheeler that was knocked over by a severe storm.

FOX 35 viewers have captured several images of damaged caused by a possible tornado, according to Ocala Police.

The National Weather Service has not yet positively identified the damage as being caused by a tornado at this time. 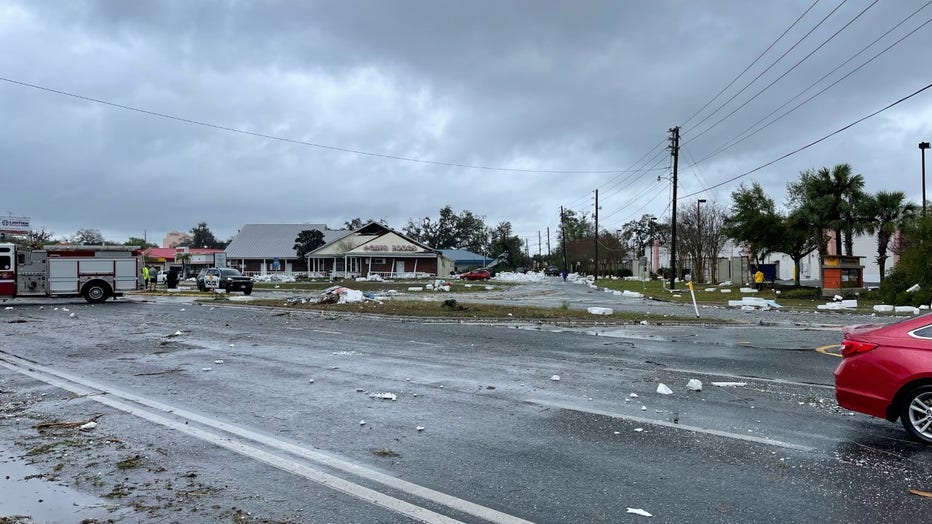 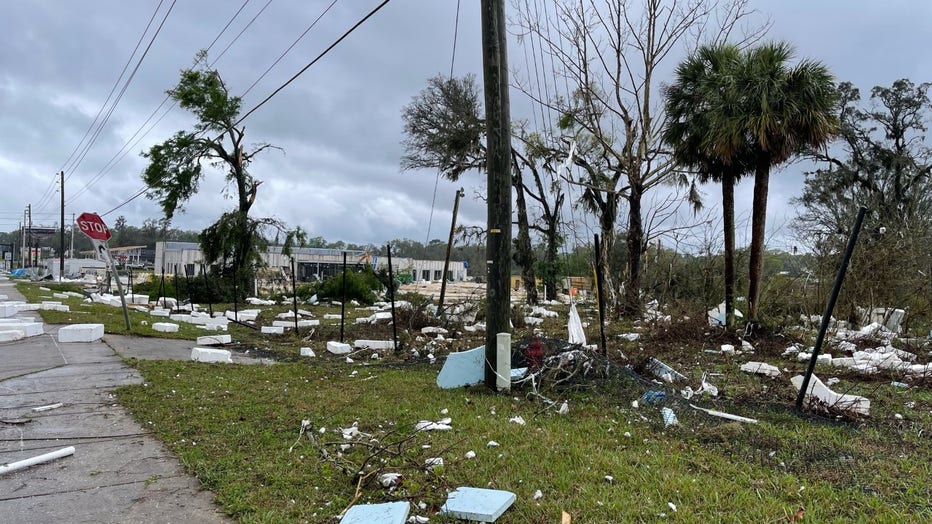 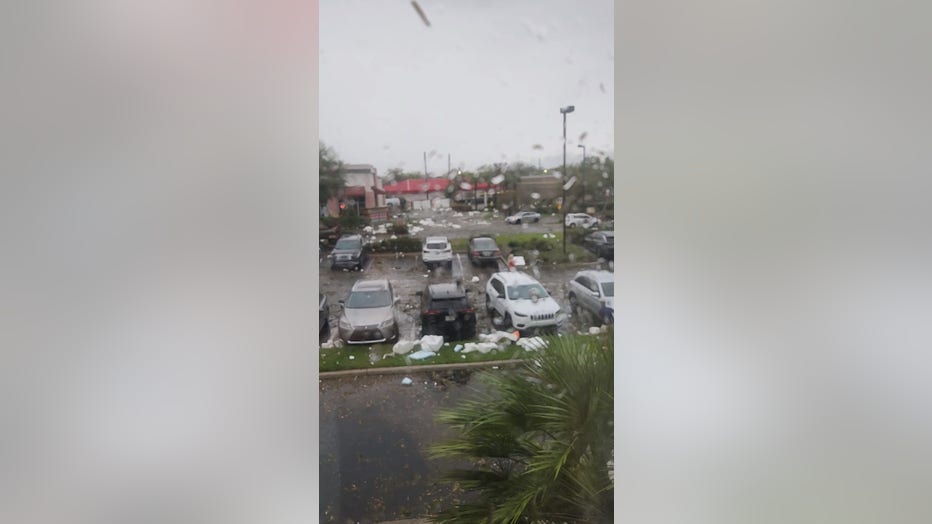 Nearly 50,000 electric outages were reported across the Sunshine State on Saturday as the severe storms rolled through.

The Florida Division of Emergency Management said they were supporting local authorities on efforts to clean-up after the system.

The Red Cross opened a shelter for victims who were displaced by the storms in North Central Florida. 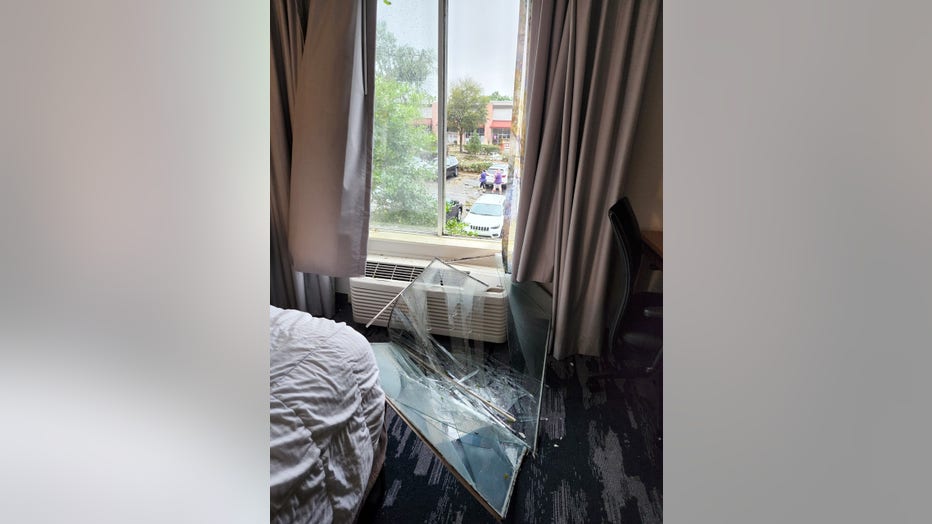 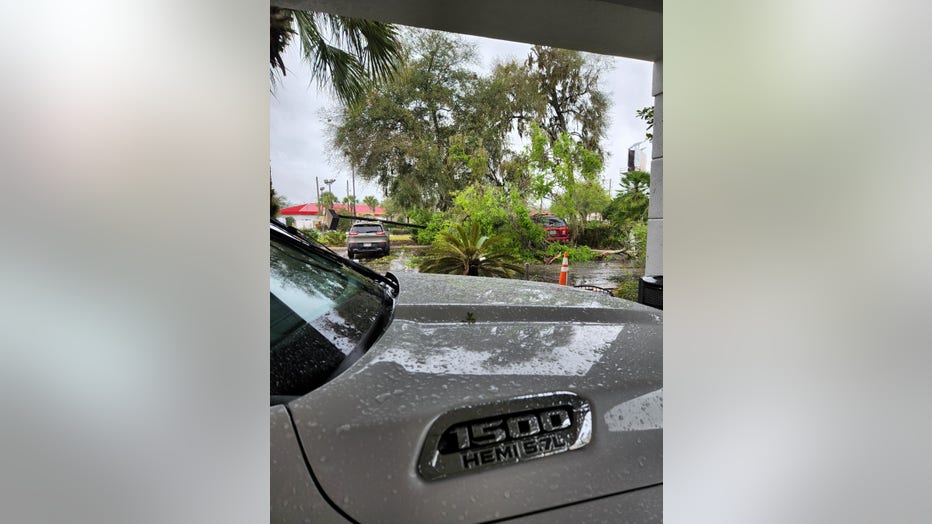 Further down the state, beachgoers in Fort Myers were surprised by a waterspout that moved ashore on Saturday morning.

Despite the severe weather, there were no immediate reports of significant injuries.

The stormy weather moved off the East Coast, leaving behind windy and cool conditions.

Gusts of more than 50 mph were reported behind the front.

Some information taken from FOXWeather.com.  CHECK HERE FOR UPDATES