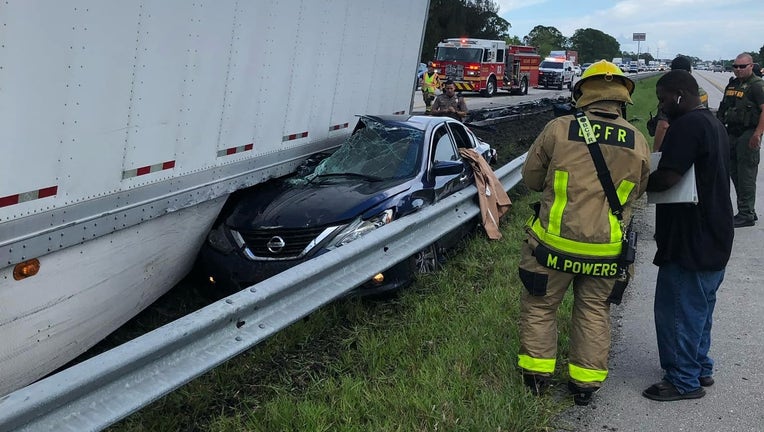 BREVARD COUNTY, Fla. - A car ended up getting pinned against a guardrail on Interstate 95 on Thursday after a semi truck blew a tire and crashed into it, fire officials said.

Brevard County Fire Rescue posted photos of the accident on Facebook. Officials said it happened on I-95 in West Melbourne.

"It was reported that the northbound tractor-trailer blew a tire pulling the truck into the median guardrail, taking another vehicle with it," fire rescue said in a Facebook post.

MORE NEWS: These new Florida laws are now in effect

The semi and the car came to a rest in the median with the car being pinned between the trailer and the southbound guardrail.

Two people were taken to the hospital with minor injuries.