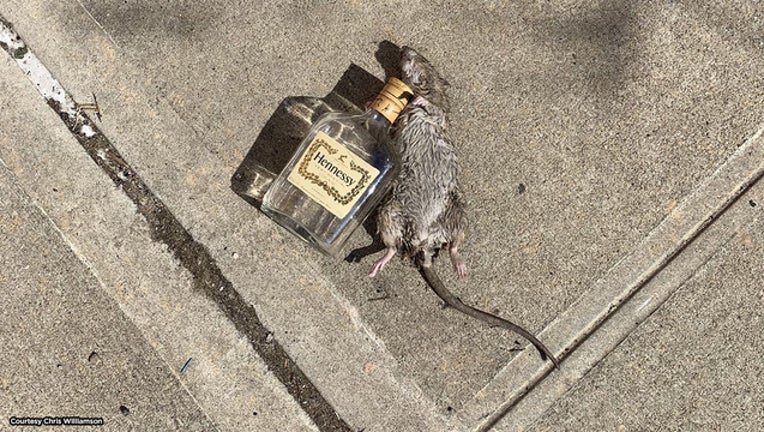 NEW YORK (FOX 5 NY) - Joining the list of viral rat posts from New York City, there is a new entry of what looks to be a dead (or maybe just passed out) rodent clinging to an empty bottle of Hennessy Cognac.

SNY anchor Chris Williamson posted the photo on Valentine's Day on his Twitter account with the caption simply reading: "Just another day in New York City."

He says he took the photo in the area of Monroe Street and Ralph Ave in the Bedford-Stuyvesant section of Brooklyn.

Williamson later jokingly commented, "He/she was drinking away the pain from the Knicks’ 18th straight loss."