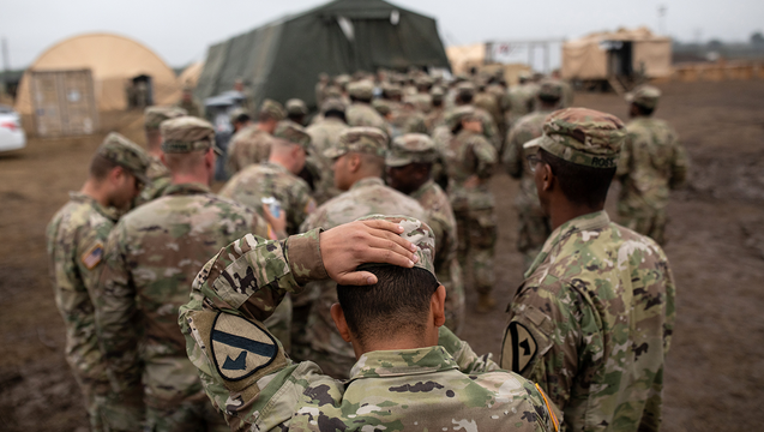 FOX NEWS - As the ongoing partial government shutdown over funding for President Trump's proposed border wall continues and the White House debates declaring a state of emergency to pay for it, the Pentagon on Monday extended the military's mission on the southern border by eight months.

In a statement, the Defense Department said Acting Secretary of Defense Pat Shanahan had approved a Dec. 27 request from the Department of Homeland Security (DHS) to extend and expand the troops' role. There are currently roughly 2,350 active-duty troops currently supporting the border mission, down from a high of nearly 6,000 late last year.

U.S. military support to the Department of Homeland Security (DHS), which was previously set to expire Jan. 31, is now slated to end on Sept. 30. The Pentagon had extended the troops' mission on the border once before, on Dec. 15.

"DOD [Department of Defense] is transitioning its support at the southwestern border from hardening ports of entry to mobile surveillance and detection, as well as concertina wire emplacement between ports of entry," the Defense Department said in a statement. "DOD will continue to provide aviation support."