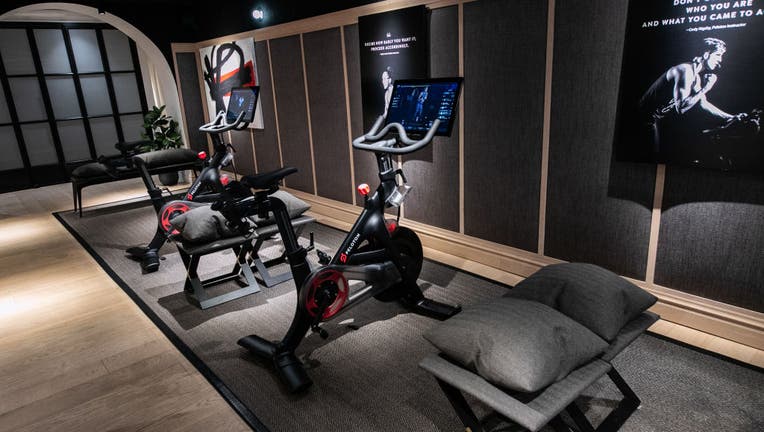 NEW YORK - Peloton shares rallied after agreeing to offer its high-end exercise bikes and other gear on Amazon in the U.S. as part of a turnaround plan to reverse its slump.

The news of the Amazon deal sent shares of New York-based Peloton Interactive Inc. up 20% to $13.48 on Wednesday, which was the biggest one-day jump in more than six months, according to Fortune.

They are still down about 88% in the last 12 months, and company officials hope the partnership will help boost sales that have languished since pandemic lockdowns eased.

The collaboration is Peloton’s first with another retailer. Before, its products were sold only through its website, physical showrooms, and other channels.

"We want to meet consumers where they are, and they are shopping on Amazon," Kevin Cornils, Peloton’s chief commercial officer, said in a statement Wednesday.

The fitness company best known for its interactive stationary bikes saw its sales boom during the pandemic, but it has struggled to maintain high demand as COVID-19 vaccines became more widely available and homebound consumers started to go back to the gym.

Amid those challenges, it sought to cut costs and reduce its operating footprint while ramping up prices on some of its popular products. Last month, it said it would outsource manufacturing for its stationary bikes and treadmills.

Peloton also said earlier this month that it was shedding jobs, shifting its delivery work to third-party vendors, and significantly reducing the number of stores it has in North America.

As part of the new Amazon deal, products available at the launch will include Peloton’s original bike — listed at $1,445 — its strength-training "Guide" device, as well as its workout mat, dumbbells, and glass water bottle.

The company says bike delivery will be available to most of the U.S. As part of the partnership, customers can get an expert to assemble their bikes, the company said.