An Osceola County veteran is trying to clean up the gravesite of a Civil War-era Medal of Honor recipient.

ST. CLOUD, Fla. - An Osceola County veteran is trying to clean up the gravesite of a Civil War-era Medal of Honor recipient.

"When I stumbled across [the grave], it was kind of disrepair," Coast Guard Veteran Donald Ennis said.

Mt. Peace Cemetery in St. Cloud is the final resting place of Civil War-era Army Cpl. Amzi D. Harmon. He is a Medal of Honor recipient.

Donald Ennis, of St. Cloud, is also a veteran.

When he found Cpl. Harmon’s blackened headstone and worn gravesite, he knew he needed to do something. 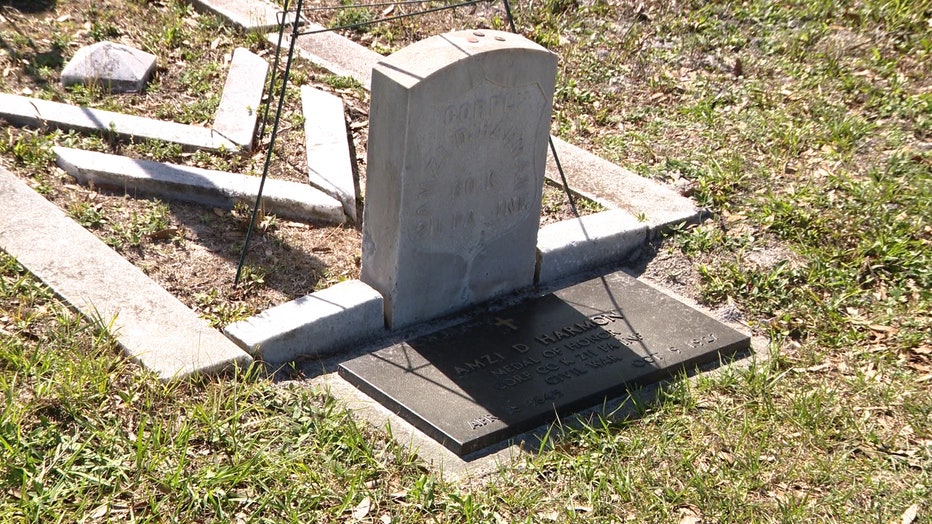 "It’s kind of been forgotten and we live in a town that’s nicknamed ‘Solider City,’" Ennis said. "It seemed like a slap in the face that they would actually forget that."

To clean the gravesite up, he needed to find Cpl. Harmon’s last-living relatives. So, Ennis posted about it on Facebook.

"People in the town, people in the county, they’ve been everything from outraged to heartbroken," Ennis said.

Not long after posting, someone came and cleaned the headstone, but Ennis said there is still work to be done. He’s still trying to find people who knew Cpl. Harmon. He also wants to straighten the stones on his grave and add some grass.

He said it’s the least he can do.

"He’s a Medal of Honor recipient," Ennis said. "For me, his military service is more than enough."