Michael Bloomberg was in Florida for Super Tuesday. He stopped by the City of Orlando where Mayor Buddy Dyer announced he is endorsing Bloomberg.

Mayor Dyer made the announcement during a Bloomberg campaign event in Orlando on Tuesday. He cited the former New York mayor's commitment to gun safety, climate change, investment in Florida, and the ability to defeat President Donald Trump.

“Mike gives us the best chance to win in the November election,” Mayor Dyer said. “I’ve known him a long time, he’s been extremely supportive of improving cities and the things that I hold valuable. Mike will make things happen. When you’re a Mayor you have to make things happen, and he will bring that type of attitude to the White House." 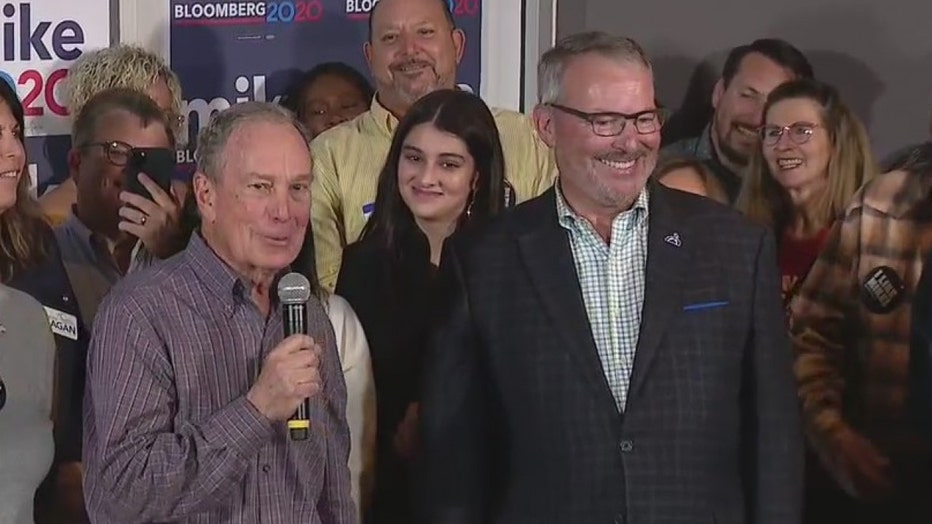 Mayor Dyer has served as the Mayor of Orlando since 2003.

“Mayor Dyer is one of the most popular Mayors in the state, and has committed his life to improving the city of Orlando for the better,” said Florida State Director Scott Kosanovich, “We are thrilled to have Mayor Dyer on Team Bloomberg.”

Several other Florida Democrats have also endorsed Bloomberg for President, including:

During the campaign stop, which happened to also take place on Super Tuesday, Bloomberg touched briefly on topics such as gun violence. He said that the country has a gun violence issue, describing it as a 'virus' in its own way.

MORE NEWS: Super Tuesday: What to watch as 14 states vote in pivotal primaries

"In this country, this year, 40,000 people will either commit suicide or get killed with handguns," he said. "I'm not suggesting we don't have to worry about the virus, but we have a virus taking over this country and we have to do something about it."

The timing of his visit has many wondering if that’s an indication that regardless of how he does Tuesday, Bloomberg has no plans of dropping out.

Bloomberg will also visit West Palm Beach during his trip to Florida.