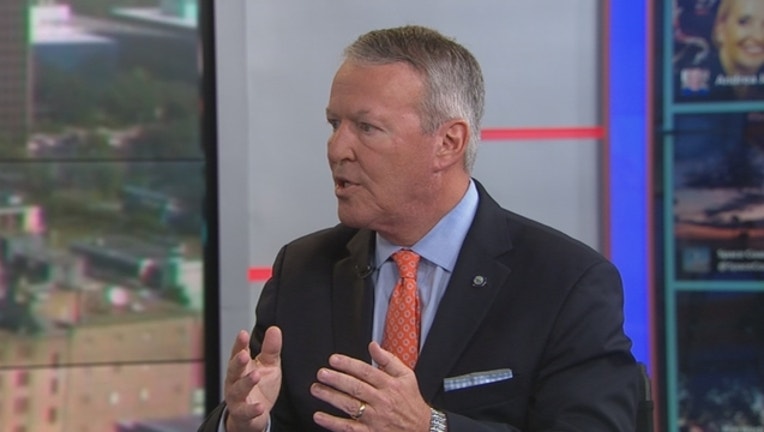 In a news release, Dyer said, “I have been honored to serve our residents and look forward to continuing the momentum of our City and region. I am proud of what we have accomplished, but know there is more work to be done. I am more optimistic today about Orlando’s future than I have ever been. Together with our Commissioners, City employees, and business and community leaders, I am confident Orlando will remain one of the top jobgrowth markets and tourism destinations in the Country.”

The release said Dyer remains committed to creating a robust economy through initiatives like the Main Street Program, which has led to the creation of more than 1,000 new businesses, and the development of the Creative Village in Downtown Orlando and Medical City in Lake Nona.

Dyer will be on the ballot for re-election as Orlando Mayor on Tuesday, November 5, 2019.