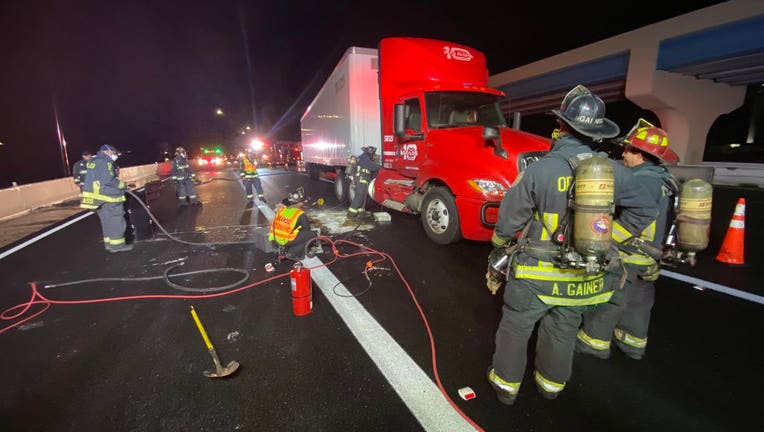 ORLANDO, Fla. - The Orlando Fire Department Hazmat team was called to work on a fuel leak on I-4 on Saturday night.

The crew offloaded fuel from a leaking saddle tank after a crash on I-4 westbound near the 408.

Officials said upwards of 100 gallons of diesel was leaking and caused three lanes of traffic to be reduced to one lane between Colonial Drive and the 408.